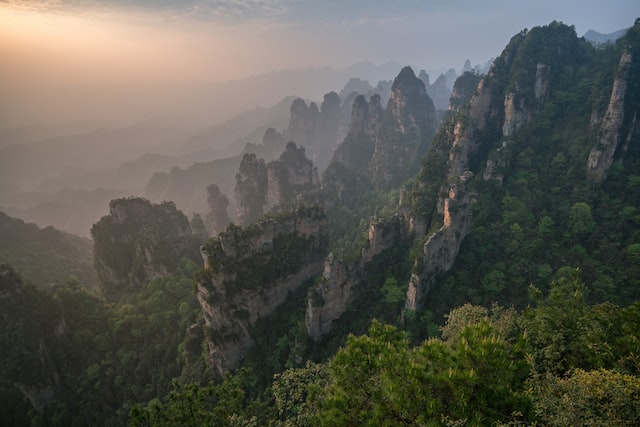 China has begun the New Year, 2023, by reopening its economy and freeing its people from the harsh Covid-19 lockdown conditions they had been under for the past couple of years. It had to happen sooner rather than later, I thought. Either the world’s second largest economy would cave in, forcing the government to abandon its zero-Covid policies. Or else, the Chinese would take to the streets in protests against the harsh lockdowns to precipitate the same decision. In the end, the people won; in a rare incident of people openly voicing their anger and angst, millions of people across several cities in China registered their protest loud and clear.

What was equally surprising was the government reaction. Instead of sending out police troops to quash the protest, the government relented and has decided to finally ease the two-year Covid lockdown restrictions. I am glad they acted now rather than wait for the economy to collapse, as that would have put even more pressure on ordinary citizens and their lives.

What I find disconcerting is the way the Chinese government has lurched from one extreme policy to another. A complete opening up of the economy, with even foreign travel resumed without quarantine conditions, is bound to lead to a surge in Covid cases. The cases have indeed surged in the past month, with hospitalisations surging as well. Even though media reports say that there are little reliable statistics from the government on the exact numbers of cases and deaths, they do report that hospitals are terribly burdened by the sudden rise in the numbers of Covid patients.

Now that the Middle Kingdom is back to business, what are the implications for China and for the rest of the world? I think we will have to look at this in terms of the health implications as well as the economic implications.

It might have been better if the Chinese government had abandoned its zero-Covid policies in favour of a policy that aimed to control the pandemic and bring down the numbers of cases over time. Localised lockdowns, shorter quarantines and a more effective vaccination programme might have been a more sensible approach. Thankfully, the current variants are mild, though highly transmissible. That might not always be the case.

Also on the health front, China ought to improve its health infrastructure, quickly. And it must vaccinate its entire population, especially the elderly and most vulnerable. It has been reported that China has not been able to vaccinate its elderly population adequately enough. Besides, its own vaccine, Sinovac, is said to not be very effective. In which case it must import them; if importing from western nations is a problem, let them import them from India. We have enough manufacturing capacity in vaccines to supply all of China, if necessary.

China must do all it can to control the pandemic. Because with open borders, the pandemic can once again spread around the world, jeopardising the entire three-year recovery process. Related to this is also more responsible reporting of Covid cases, recoveries and deaths. As the world’s second largest economy, and one of the most populous countries, China ought to share with WHO and the world what progress it is making in controlling the pandemic. This would help the rest of the world also plan its recovery process better – in terms of interactions, travel to and from the country, as well as doing business with China.

It is good that one of the world’s most important growth engines is back to work. However, it will take a while for China to control the pandemic as well as grow its economy. Most other countries have already experienced the phase of controlling the pandemic, before undertaking economic growth. We know that the latter is not possible without the former; unless the cases are brought down, they will continue to affect people’s health and work.

Meanwhile, consumers too are feeling the pain. Retail sales are shrinking, falling by as much as 5.9% in November 2022 year over year, worse than estimates indicated. And industrial production grew by 2.2% in November 2022, when estimates were expecting a 3.6% increase. What’s worse is that the pace of slowdown or contraction has been increasing. Hopefully, China will now at least be able to stem the tide before getting back on the growth path again.

As usually happens in China during economic slowdowns, the pivot to infrastructure is activated. In a country where infrastructure spending is already so high, China always finds it the most convenient and easy way to speed up growth. Though this time, it might be without the usual impetus to the housing and real estate sector. I think that if China must increase its infrastructure spending, it ought to do so on healthcare as that is the need of the hour and will stand them in good stead in the future.

Has infrastructure spending been able to come to the rescue of China? Not that strongly, it appears from the fixed asset investment during the first 10 months of 2022. It grew by 5.3% when estimates suggested a 5.6% growth. However, it is still growth. One must look at fixed asset investment as a percent of GDP and whether that number has grown. According to Statista which cites the IMF World Economic Outlook Report October 2022, China’s fixed asset investment for 2022 was 44.77% of GDP, which has grown from the previous year. With investment that large as a proportion of GDP, it would be fair to say that 5.3% growth on such a large base is indeed good growth. I think that with the housing sector in massive decline, the country has still done reasonably well to grow its investment.

China is reported to have spent over half a trillion US dollars – more than 4 trillion yuan or US $ 579 billion – on helping Chinese businesses cope with the Covid pandemic during 2022 alone. And they are considering the possibility of extending it in 2023. There is also the possibility of extending the use of special purpose bonds to new categories, even as local governments are already heavily indebted on funds raised though LGFVs (Local government financing vehicles), and have defaulted. Fortunately, the Chinese economy has a fiscal deficit of merely 2.8% of GDP in 2022, and it has always puzzled me how the country has escaped high inflation even at runaway rates of economic growth. Unemployment, however, has grown, especially among the youth in the 16 to 24 years age group.

Luckily, like India, China has a large domestic economy and it should look at boosting its domestic production and consumption, while exports stay muted thanks to the global slowdown and recession in western economies, especially in Europe. The first half of 2023 will be spent in managing the pandemic better, and in creating new investment and jobs.

For the rest of the world, China’s reopening means several things. In the short term, especially the first half of 2023, supply chain issues ought to improve even as diversification of semiconductor and electronics continues. It also means that Chinese demand will slowly recover, so countries in Europe and elsewhere can look to begin exporting more to them once again toward the latter part of 2023. A slower and more sustainable rate of economic growth in China is better since it will keep commodity prices somewhat stable and in control. As it is, we have the war in Ukraine keeping energy, food and chemicals prices high.

China’s economic recovery will come as good news to economies in Latin America and Africa that depend on it for commodity exports, as well as those in Asia-Pacific that trade and do considerable business with China, including as part of global supply chains. It should also mean good news for luxury goods companies, from cars and fashion to hospitality and travel, even if retail sales are down right now. The ones to feel the heat at the moment appear to be Apple and Tesla, at least from media reports. Both these American companies depend to a great extent on production and demand from consumers in China. Even if production revives after Covid is under control, demand might continue to be adversely affected. While at first it appears to be a retrenching Chinese consumer, there could be several other reasons for the fall in demand, including most importantly, the option of several Chinese brands that now compete effectively with Apple and Tesla. I have written before about how China leads in EV battery technology, as well as Chinese EV brands now doing exceedingly well in overseas markets. Apple faces serious competition from several Chinese brands of smartphones that don’t merely do well in their home market but have dominated the Indian market as well.

China’s economy reopening and lifting of cross-border travel restrictions means that the world can look forward to high-spending Chinese travellers once again. This is, of course, conditional on China being more forthcoming on its Covid management and sharing data more openly and responsibly. As a first step towards easing restrictions, China opened its borders to Hong Kongers on January 8, 2023, who can now travel to and from the mainland freely and without any Covid restrictions and quarantine requirements. This is a welcome step, also from the longer-term point of view of the development of the Greater Hong Kong-Macau Bay Area.

In a few days from now, the World Economic Forum begins at Davos, Switzerland. It was here that President Xi Jinping made his first keynote address in 2017 as a champion of globalization. He spoke about keeping borders open for free trade in a globalized era. Much has changed since then, and not only because of Covid. The western world – engulfed in Trump’s trade war that has now morphed into an eco-tech war verging on a Cold War, as I have written before – has pushed China to double down on its indigenization programme.

Time now to make amends and welcome China back to the global economy. On the condition that it will now play a more responsible role as a global player on the world stage.