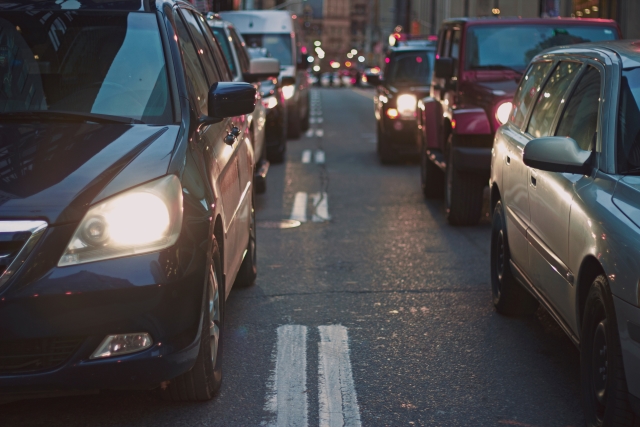 It has been several months and quarters of agony for the Indian automobile industry, what with vehicle sales falling. The rapid growth rate registered in the 2004 to 2013 period seems to have sputtered to a slow growth, if that.

Newspapers and magazines are suddenly full of news about falling vehicle sales and job losses; indeed, several companies have even started cutting production at their manufacturing facilities. The despondency that has set in seems to be real and legitimate; yet, the question is what can we do about it. Does it need a stimulus package from the government, as many in the industry seem to be arguing for? Or does it need a set of reforms as some economists, such as Arvind Panagariya, has recently written?

I think there are several forces at work here, and it would help if we delineated a few broad issues that companies and the government need to grapple with. The first set of reasons for the slowdown in the automobile industry is connected with policy, regulatory issues and the funding crisis. States like MP have increased registration charges, the cost of switching to BS VI standards from April 2020 is going to be higher and most likely will have to be borne by the customer, insurance costs have gone up considerably, and finally there is the NBFC and bank bad loan problem dampening consumer sentiment. Many of these are not merely interlinked, they have all come together at the same time to precipitate a crisis. Consumers have just decided to take a wait and watch approach.

Most of these first set of issues must be tackled by the government, both central and states, and they will have to take stock of the situation quickly and come up with a solution which reduces some of these additional new costs. The increase in registration charges, for example, can be put off until a later date when the effects of switching to BS VI are fully known and have stabilized – apparently the government is reconsidering this move. A more staggered, phased approach in policy making, therefore, is what is required.

With the kind of changes that the automobile industry is going to face in the coming years – which I deal with next, in this post – I also think it is time that we have a ministry dedicated to this industry. Even now, the industry doesn’t get the focus it deserves since it gets bundled with several other – albeit related – issues such as roads, highways, shipping and general transport.

Meanwhile, dealers are left with unsold inventory, auto ancillaries (many of which also suffered during demonetization) are having to cut production as well as jobs. While it is true that automobile manufacturing is highly automated and employs few workers, the entire industry which includes thousands of small components and parts manufacturers, as well as other ancillary industries, adds up to quite a significant force both in terms of supporting employment and consumption of raw materials. Little wonder, it has a significant impact on the economy, because its multiplier effects are massive. I think we are already beginning to see some of the effects on demand for steel, aluminum and other commodities, which means its impact will also be felt in the core industries.

The second set of issues are what I would call long-term industry change issues. These have to do with the fact that the automobile industry itself is set for pretty dramatic changes in the next decade. India has been late to the EV evolution phase and we didn’t go through the plug-in hybrid vehicle stage either. I hope we will move faster on the switch to EVs, because whether we wait for autonomous vehicles or mobility as a service era, electric vehicles in place of ignition combustion engines would be de rigeur for the foreseeable future. Besides, if we don’t plan and initiate the switch to EVs, Chinese cars and batteries will soon flood our market. In car batteries, that seems to be almost a certainty, just the way they dominated the global solar panels business. This, of course, requires EV infrastructure to be set up first – charging points at all petrol stations, for example.

Speaking of the future of mobility, McKinsey has done considerable work on how automation and technology will change the industry beyond recognition and I would urge everyone interested in cars or mobility to read their report, Reimagining Mobility.  That mobility will soon be a service and that traffic systems will be connected via the IoT is again almost a certainty and I think the MaaS will not wait for the IoT to happen; mobility as a service can be offered even while we wait for the IoT infrastructure to be set up. This is the future of mobility in the next 10 years that companies and governments need to wake up to.

Imagine the change it will bring into our lives and the way our cities will function. The entire automobile industry is set for massive disruption, and complete change of business models, so corporate and political leaders need to plan well ahead. Think of how ubiquitous Ola and Uber have become in our cities, where hundreds of thousands depend on ride-sharing as a way of life. In fact, that is another very plausible reason for the slowdown in the auto sector; people increasingly don’t feel the need to own or drive a car anymore. An app will do just fine, for the moment. In fact, a survey done by Capgemini asked customers whether they would opt for mobility from a tech company and the highest percentage of positive responses received were from China and India. A third reason which has yet to gather momentum is possibly the improvement of public transport with many Indian cities now adopting mass rapid rail transport, which could again reduce the need for people to own private transport.

Which brings me to the last and – what is for my work – the most relevant issue facing the Indian auto industry, and that is the complete lack of customer engagement with the category. I hold car companies entirely responsible for this; there seems to be no better reason for someone to own a car or prefer one brand over another, other than price, emi terms, features and discounts (which are now a regular feature all -year round). Also, car companies in India have traditionally focused on simply releasing newer models each year, mistakenly considering models to be brands. This only aggravates the problem of the brand never standing for anything specific in the consumer’s mind.

If you ask me, it’s high time they pare down the number of models in their range, rationalize them across consumer segments and focus finally on brand-building. Engage with consumers, tell them what your brand is all about and why they should prefer you over others. Toyota hasn’t had to change their best-selling Corolla or Camry for years on end, they just keep improving it with every new generation they introduce. Same goes for Volkswagen; VW Beetle (sadly being discontinued), Golf, Polo, Passat and Rabbit are all popular models and Volkswagen have improved upon them through the years. There is probably a hybrid or fully electric VW Golf by now, but Volkswagen remains the brand. Unfortunately, the company is mired in controversy over the diesel emissions scandal. Honda too has a few popular models, Civic (City in some markets) and Accord their best-known ones.

Toyota has emerged the most valuable car brand worldwide for 2019 according to Statista, with a value of US $29.15 billion and the company has sold 343,000 Toyota Camrys in 2018 in the US alone. Mercedes Benz and BMW follow with valuations of US $23.36 billion and US $23.33 billion respectively.

Even the day when mobility becomes a service  – and it is here already, if you consider Ola and Uber – car companies will have to offer customers a very good reason for choosing their service over others. The task of offering customers a compelling reason to prefer your brand becomes even more challenging, for it will no longer be about features, or price, or emi, or discounts. It will be about the kind of service offered and the quality of the journey.

Imagine automobiles to be the new airlines, then. A paid-for commute could be a no-frills budget journey, or it could be one that is geared towards a business journey, offering you all the gadgetry and connectivity you need to operate at full efficiency. Or it could simply be first-class travel to your destination.

But then, wasn’t it always supposed to be about the journey and what it meant in our lives? Perhaps it’s time to change lanes in our way of looking and thinking about road travel.

3 thoughts on “Stuck in the Slow Lane”