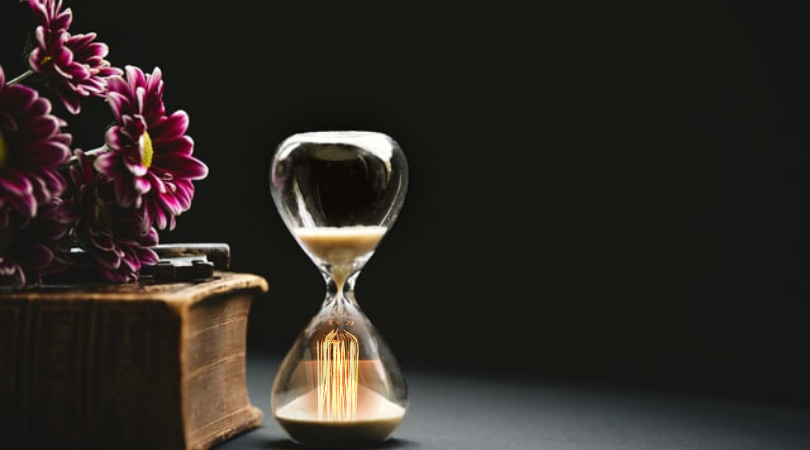 It is not that unusual or uncommon to find brands using a particular aspect or dimension of a country’s cultural heritage to build their brand image. Think of Scotch Whiskies or wines and there are many that leverage a nation’s culture to build their brand or an entire product category. I have shared my thoughts and ideas on one such already in my blog: Perrier Jouet Champagne. In its case, it doesn’t just use the imagery of French Champagne or of the province, but it lays claim to an entire period in French artistic and cultural history, the Belle Epoque. Think of the Swiss watchmaking industry and some of its legendary brands.

In my blog post and presentation on Brand India Inc going global, I had written about Brand India being best experienced through our luxury hospitality businesses. The Oberoi, ITC and Taj hotels in many ways present India to the world, as they are an important point of contact with visitors to India. Airlines, especially full-service flag carriers, too can leverage cultural heritage to build their brands, though few do so nowadays. That is perhaps because many of them have a global footprint and collaborations with other airlines, which makes the task of selling only your country as destination, and leveraging only your nation’s culture awkward and difficult. However, I still think that within those collaborations and alliances, if we focused on the brand, it is still possible to have strong cultural underpinnings. For example, Air Vistara has Singapore Airlines as partner, but they are still two separate brands: Air Vistara and Singapore airlines. And both can use their cultural heritage to build their respective brands.

When is it possible to leverage a country’s cultural heritage to build a brand and why do some of these brands work better than others?

To start with, I think the company in question ought to have had a considerably long experience of having steeped itself in a country’s culture to be able to lay any kind of claim to it. Johnny come latelys cannot and ought not try to leverage cultural heritage.

Next, I think the company ought to have the specialized skills and deep expertise to be able to really do justice to a country’s heritage.

Third, it helps to have tangible evidence or expression of the long experience and the expertise.

Then, having been around for several years or decades and established its superior product/service quality, the company and brand might acquire public recognition of its service, through some kind of accreditation, a royal warrant, etc. which act as yet another tangible evidence that I just talked about.

Leveraging a country’s culture is serious business and not to be trifled with. It is another way of building a brand that requires serious thought, commitment and specialized skills. Let’s take Scotch Whisky. There are so many brands, and each in its own way, tries to use something of Scottish culture to create a distinctive brand for itself. But if we were to apply the criteria that I just listed, few would stand the test of history and allegiance.

The reason The Glenlivet, Chivas Regal, Johnnie Walker stand head and shoulders above the rest is because these are the oldest, most “Scotch” in imagery, have royal warrants and have had the benefit of time to establish their credentials. If a newer brand of Scotch Whisky has to make its claim, it can do so by tapping into a hitherto unknown recipe, or particularity of taste or through a little-known cultural connection. For example, there are a few Islay (pronounced eye-luh) single malts that succeeded in creating a market for more smoky and peaty whiskies and even managed to put the tiny isles off the western coast of Scotland, on the international whisky map!

If we look at our own luxury hotels in India, all three brands promise the highest levels of Indian luxury, with Oberoi and Taj being more international in image. However, only one can lay claim to the authentic Indian royal tradition of luxury, and that is the Taj because it actually manages erstwhile Indian palaces as luxury hotels. Authenticity is extremely important in leveraging cultural heritage to build a brand.

Similarly, Perrier Jouet Champagne lays claim to Belle Epoque, not through mere association, but through having encouraged, patronized, nurtured and built an art nouveau collection that is priceless. They were active participants in the Belle Epoque.

It is possible for us in India to develop more brands that use cultural heritage as their distinctive brand imagery. Tea and coffee for example, that are some of the finest in the world can be built around cultural heritage. In fashion, we have already gone global thanks to designers who used Indian cultural heritage to differentiate their brands. However, here too it is important to be specialized, in order to be distinctive: for example, I think that Ritu Kumar and Raghuvendra Singh Rathore are the most distinctive Indian designers in India and internationally, because both leverage a unique and specialized Indian cultural feature when it comes to design. In the case of Ritu Kumar, it is her knowledge and understanding of zardozi work, which she showcases with elan. While in the case of Raghuvendra, it is his knowledge and skill of designing for Rajput royals, who lived a certain lifestyle. Both their work has appeal in India as well as overseas.

In personal care based on Ayurveda, we have had the great success of a brand such as Biotique which, for the first time leveraged the strengths of Ayurveda and natural Indian ingredients to create a fashionable personal care brand. We had India’s answer to Anita Roddick of Body Shop who first announced to the world nature’s hidden beauty secrets and also sustainable forestry and farming, long before they became fashionable. The founder of Biotique, Vinita Jain, spent years studying Sanskrit and then ancient books on ayurveda, before launching her own brand.

The difference between Biotique and Patanjali or even HUL’s Ayush range of products is quite clear; both the latter lack the depth of specialization, knowledge, and cultural cachet to match Biotique, even if they have larger advertising budgets. Besides, Biotique was built without knocking down other brands or companies, including multinationals.

Staying with fashion, I think it is possible to build a brand using a country’s cultural heritage in another industry that is very important to India. Fine jewellery. It is also one of India’s biggest exports. The gold jewellery industry in India is estimated to have touched Rs. 6.18 trillion in 2021 according to Statista. In fine jewellery, I would include India’s leading watch brand, Titan. The world over, watches are considered to be part of jewellery and many businesses make and sell both.

Having worked in Ogilvy, the agency that helped the Tata group launch and build the Titan brand, for many years in India, I am aware of some of the facts and facets of the Titan brand and how it was built. Titan watches were made for Indians who, in the early ‘90s, preferred to buy international watches whether on their overseas trips or through the grey market. Titan’s strategy, therefore, was to focus on the styling of the products which was international and on the quartz movement. Titan was launched with the “changing face of time” TV advert with watch dials changing to Mozart’s 26th symphony. The print campaign was catalogue-type featuring the watches prominently, since the brand positioning was international styling. Titan was so successful that it toppled HMT, India’s only other watch maker and a nationalised company, within a very short span of time.

In the late 1990s, Titan launched Tanishq, a brand of fine gold jewellery that promised a guarantee of purity through hallmarking. Over the years, Tanishq has grown and become so successful across the country that I suspect it contributes more to the company’s top and bottom lines. As a corollary, perhaps, I have observed that Titan watches has virtually stopped advertising or communicating very regularly. The brand is in for stiff competition at the premium end, because today you have all the international brands of watches available in India, and this time not through the grey market.

In my opinion, Titan Company Ltd (formerly Titan Industries Ltd) ought to focus on promoting both its wristwatches as well as its fine jewellery. Because, while Tanishq might be a bigger earner for the company and generating more of its profits, Titan happens to be the leading watch brand in India. Its leadership position ought to be bolstered and strengthened, especially in the face of international competition. Besides, the large Titan customer base developed over several decades is a potential and prospective market for Tanishq. Therefore, it makes sense to improve the competitive advantage of Titan.

I had put down my thoughts and ideas on Titan watches many years ago, which I lost to termites at my parents’ place in Goa. In it, I had drawn on an aspect of Indian culture in the context of time and how we use it, to develop a new brand strategy and campaign for Titan watches. I believe that this strategy and idea makes Titan distinctive when compared to international brands; it also lends itself to other markets, should Titan wish to go international.

I think that Tanishq too has an opportunity to build a distinctive brand advantage for itself in relation to its competitors both Indian and international, should they too come to India. In that regard, I have attempted to create a new brand strategy that will reposition Tanishq jewellery. It is based on aspects of our unique Indian cultural heritage that India also shares with the world, especially the Asian region from Persia to South-east Asia. So much of our historic, religious, cultural and artistic traditions have influenced large parts of Asia, as we know from reading books like The Art of Indian Asia by Heinrich Zimmer. And I thought this would make for a fascinating new exploration in the world of fine jewellery. You may read my brand strategy and ideas for Tanishq and Titan, as well as how they come together within the Titan corporate brand by clicking the link below.

It might seem perverse to write about jewellery and fine luxury products at a time of war and great suffering. But what I really mean to share are my thoughts on how a country’s cultural heritage can help build brands. If only Putin could see that diversifying Russia’s economy away from fossil fuels and focusing on building industries that have real and meaningful connections with people would be a better idea than attacking Ukraine or any other country, he might not need this war.

Speaking of Titan and Tanishq, I remember I had also written down my thoughts and ideas for Rolex long ago, which I lost to termites as well. In that, I had explored ways to combine Rolex’s leadership position with Switzerland’s unique cultural heritage to create a new, invigorated Rolex. One that would give meaning once again, to what has unfortunately become a status symbol brand.

Like I said, companies and brands who happen to be time-tested leaders in their industry are best placed to showcase their country’s heritage. Time for some in India Inc to explore that possibility.