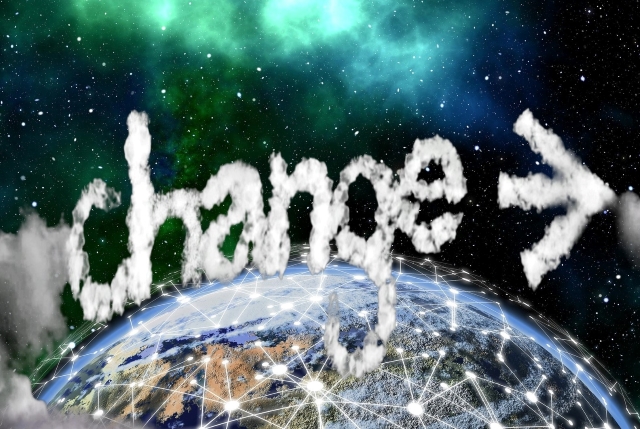 With a new administration in place in the US, what should the world expect in terms of a future growth trajectory, both in economic as well as geo-political terms?

As it is, the world is still reeling from the Covid-19 pandemic and that ought to be the first priority for every country, the US included. The new American president, Joe Biden has already unveiled part of his economic relief package (cannot call it stimulus), worth US $ 1.9 trillion which includes US $ 50 billion for widespread Covid-testing and US $ 20 billion for the vaccination programme in conjunction with states and localities. The US still has the highest number of cases in the world (followed by India) and has recorded the most deaths from Covid as well, 27 million and 468,000, respectively when I last checked.

I would imagine that the next priority would be to get the US economy going again, which means boosting demand (or at the very least keeping consumer demand on an even keel) and that would mean protecting jobs and extending unemployment benefits. Biden’s plan has announced raising the federal weekly unemployment benefit to US $ 400 and extended it till September 2021. This is in addition to the relief cheque of US $ 1400 that will go out immediately to households, taking the total new relief cheque amount to US $ 2000. He has also called for raising the federal minimum wage to US $ 15 per hour and for the child tax credit to be made fully refundable for the year at the rate of US $ 3000 per child (US $3,600 for a child below 6 years of age).

One hopes all this will go through Congress which has to approve it, since the delays in getting bipartisan agreement have been interminable already and has had huge costs on ordinary Americans and on the economy. With over 10 million people still unemployed in the US and with hundreds of thousands of small businesses closing down, there is no more time to lose.

Brookings Institution estimates that with Biden’s plan, the US economy could claw back to pre-pandemic levels of growth by the middle of 2021. This sounds a little too optimistic to me, especially with the numbers of people still unemployed as well as the high numbers of Covid cases in the US. Of course, the plan would be better than nothing, and so US legislators need to pass the plan quickly.

China, as expected, has reported the highest GDP growth so far and in fact, better than what estimates had indicated. And although consumer demand in China is said to have weakened somewhat, at 2.3% year on year GDP growth, the Chinese economy can still help other economies power back to some semblance of growth, provided trade tensions don’t get in the way. Asian economies that trade considerably with China should improve, as should Latin American and African economies. Already we can see some impact of Chinese and emerging economies’ improvement in commodity prices which have risen significantly, though some of it is also due to lower production.

The World Bank in its latest Global Economic Prospects 2021 (January 2021) estimates that the global economy shrank -4.3% in 2020 and forecasts global GDP to grow by 4% in 2021 before moderating to 3.8% in 2022. They further expect that emerging and developing economies are likely to grow the fastest at 5% in 2021 and 4.2% in 2022, although they will be under severe strain of debt. Moreover, the World Bank believes that excluding China, emerging and developing economies’ growth will be more muted at 3.4% and 3.6% in 2021 and 2022 respectively.

In South Asia and India, in particular, the GDP contraction in 2020 is estimated to be -6.7% and -9.6% respectively, with India underperforming and contracting more sharply since it has been slowing for several years before the pandemic and its financial sector is still under the stress of bad loans. Our own estimates of real GDP in India for FY21 is a contraction of -7.7%, with a growth of 11% for FY22, similar to the IMF projections for next year’s GDP growth.

All this means that controlling the pandemic ought to be top priority across the world, along with alleviating economic conditions and boosting economic growth. The World Bank believes that even after the pandemic, the world will continue to feel its long-term effects, especially in the areas of investment and human capital, both of which would have suffered hugely during these years. Education in poorer, low-income countries as well as developing economies would have been set back many years, thanks to lockdowns and the technological divide.

Greater global cooperation will be needed across the board. Trade and investment in each other’s economies must continue to grow. Which is why it is imperative that the Biden administration find a quick and more lasting solution to the trade conflict with China. Besides, the US also needs to step up action on transatlantic trade which had suffered during the Trump years. In addition to being old allies, the US and EU are also each other’s biggest trading partners, with trade levels between the two at US $1.1 trillion in 2019, with the US enjoying a surplus in services trade of US $ 54 billion but suffering a deficit in goods trade of US $ 184 billion according to the USTR website.

2021 should therefore be a year of many resets, realignments and repair. The recent global cooperation seen in the development of vaccines is an encouraging sign and there must be greater dialogue between countries on all the most critical issues.

After reviving trade, tech regulation must assume the next priority. Since technology is anyway expected to play a greater role in the global economy throughout this century, and since digitization has only accelerated since Covid-19, it is imperative that we put tech regulation high on the global agenda. And here again, the US must take the initiative and quickly find a way to regulate its tech sector since it has the largest influence worldwide. Only then can we expect China, Israel, Russia, South Korea, Japan and India to regulate their respective technology sectors.

And while the world has been discussing data privacy and anti-trust issues for several years, I must stress that these are not the only ones that need regulation, nor is breaking up tech companies the solution. What is needed is more fundamental regulation of the technology sector, that clearly lays out what kind of technology innovations are permissible and what kind are forbidden, what taxes are to be paid when and by whom, where data must be stored, etc. When one considers the effects of information technology in every aspect of our lives, from education, healthcare, R&D, biotechnology, energy industry, to finance, mobility, security including cyber-security, work and jobs as well as leisure activities, including shopping online, regulating tech must be taken as seriously and comprehensively as regulating the nuclear technology industry. And it has to be through an international convention, because the internet is global.

Hopefully 2021 will see the start of a meaningful dialogue on this, with a view to resolving it once and for all, so that countries can avoid getting into skirmishes with each other on tech-related matters every now and then.

The fourth most important global realignment needed is greater cooperation on tackling climate change. Under the new US administration, the country has returned to the Paris climate accord and hopefully, it will start to regulate its own polluting industries and vehicles more stringently. For starters, a tax on gasoline in the US might finally be a good idea. A carbon tax an even better one.

More importantly, one hopes that the US will start to share its clean technology a little more generously and on favorable terms acceptable to emerging and developing economies. This applies to all countries that have developed clean technologies, so that more countries can adopt these measures and mitigate climate change. The world also needs to develop a better financing mechanism for such technology transfer. Fortunately, the cost of renewable energy has been reducing over the years, leading to its wider adoption, especially in the power sector.

My country, India, needs to do much more to move away from coal towards renewables or at the very least, LNG. However, with India’s largest coal producing company, Coal India Ltd, enjoying a near monopoly for decades and it being a state-owned company, there seems very little hope of this shift in the foreseeable future. What’s even worse is that it doesn’t produce a very good grade of coal, so our ultra-mega power plants end up importing it in vast quantities. The most recent manifestation of this is that Adani Power (a company with interests in ports, SEZ development, energy, consumer products and infrastructure whose promoter hails from the same state as Prime Minister Modi) had to buy a coal mine in Australia which ran into huge local opposition in Queensland because it would cause a massive threat to the fragile biodiversity of the state and of the Great Barrier Reef, but was cleared nevertheless by the conservative Australian government on promises of creating millions of jobs. Sounds like Trump?

The new administration in the US has its plate full. And it needs the support of Congress to see most of these ideas through. Hopefully, with the recent Senate seats win by the Democrats, they are a little closer to achieving agreement in both houses of Congress.

The year has already begun with international dialogue through the virtual WEF Davos Summit 2021, which is expected to continue in-person at Singapore later this year. Then, we have the G-7 summit which I read is being expanded into a G-10 meeting this year. The G-20 which represents a larger group of countries also needs to pull together and pull its weight in getting the right policies implemented in member countries.

Finally, the stock market rallies since last year are not to be mistaken for economic growth. If anything, it warns us against being too sanguine about the global economy, as it is easy money chasing yields and higher returns across all asset classes. And billionaires getting richer in the process. The Economist talks of the possibility of an overheating US economy. I see little chance of that in the near future, especially in the western world. If there is overheating, it’s only the financial markets that are on fire. Time someone poured cold water.