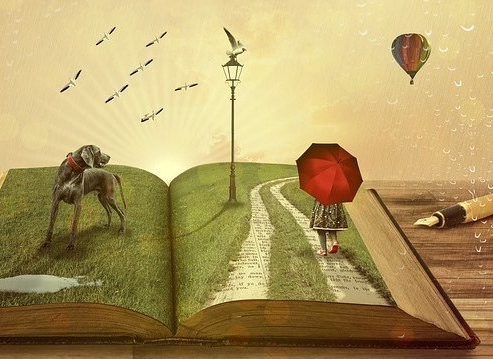 What a delightful surprise, to read an author and discover that you have been speaking the language that he spent years studying, throughout your career. That was how I felt, having finished reading Roland Barthes’ Mythologies.

In what is probably his best-known work, Roland Barthes takes a microscope to popular cultural phenomena and analyses – with a critical eye – what is going on beneath. Through this set of articles, written monthly, Barthes manages to get under the skin of popular cultural phenomena – from Greta Garbo’s face and Elle magazine in France to astrology and soap powders and detergents – and examines them to inform us of how language is used to create potent and powerful myths.

As a renowned semiotician as well as philosopher, Barthes was best placed to judge significant cultural developments of his time in France and tell us how we use language in communication to signify certain ideas and turn them into mythology. He called it the “disease of thinking in essences”, and the phrase brought a smile to my face because I thought, “isn’t that what we do all the time in order to create and build brands?” And so, it is. We are guilty of thinking in essences, when coming up with brand strategies as well as ideas and brand stories.

I was reminded of a remark that Mr Mani Ayer, former Managing Director Ogilvy & Mather India, once made to me in Ogilvy. He said “Brands are nothing but myths.” I was taken aback, but then thinking that it was not my place to question him, I meekly asked, “How so?” And he said, “Think about all the time and effort that goes into creating this ‘aura’ around the product benefit and the idea.”

So, there we have it. This ‘aura’ that we are always trying to create around the product benefit to make it a brand in the consumer’s heart and mind is what Barthes calls a mythology. In the process, our minds are indeed trained to distill core values down to an ‘essence’. There are several cases that Barthes takes up in the book, including the newly launched Citroën DS 19 in 1957. In examining DS (short for the French Déesse, meaning Goddess) he starts by saying:

“It is obvious that the new Citroën has fallen from the sky inasmuch as it appears at first sight as a superlative object. We must not forget that an object is the best messenger of a world above that of nature: one can easily see in an object at once a perfection and an absence of origin, a closure and a brilliance, a transformation of life into matter (matter is much more magical than life), and in a word a silence which belongs to the realm of fairy-tales.  The D.S. – the ‘Goddess’ – has all the features (or at least the public is unanimous in attributing them to it at first sight) of one of those objects from another universe which have supplied fuel for the neomania of the eighteenth century and that of our own science fiction: the Déesse is first and foremost a new Nautilus.”

He then goes on, in the same chapter, to tell us:

“The Déesse is obviously the exaltation of glass, and pressed metal is only a support for it. Here, the glass surfaces are not windows, openings pierced in a dark shell; they are vast walls of air and space, with the curvature, the spread and the brilliance of soap bubbles, the hard thinness of a substance more entomological than mineral (the Citroën emblem, with its arrows, has, in fact become a winged emblem, as if one was proceeding from the category of propulsion to that of spontaneous motion, from that of the engine to that of the organism).”

The Citroen DS was indeed said to have ushered in a different kind of car in its assembly and the first car to even feature swiveling headlights, way ahead of its time. We can see here a mythology in the product design and development itself, which then goes on to build the Citroën brand.

Behind all this is a science, of course. Semiotics, as a study of signs and forms, can open our minds to new ways of communicating ideas. There are several semiologists who influenced Roland Barthes; Ferdinand de Saussure, to begin with and Jacques Derrida in later years. Roland Barthes, in turn, influenced Umberto Eco and Georges Perec, among others.

Roland Barthes calls myth itself a language, a type of speech. It evolves from a historical foundation, not from nature. Further, mythical speech, according to Barthes, is made of material that is already worked upon to make it suitable for communication. Because of this, he calls myth a second-order semiological system. In a three-dimensional system, he demonstrates how language works: signifier, signified and sign. Myth takes the sign of the first order and turns it into a signifier, with its own new signified and new sign, all in an amplified manner, as his diagram below indicates.

Roland Barthes scrutinized more than objects with his keen eye. He analysed cultural phenomena as well, such as women reading and writing in France. He takes up Elle France and analyses it as a container and conveyor of information, and inspiration for women to write. However, as he points out, novels and children are both seen as creative products and women are seen as bearers. He critiques the way women writers are introduced, their credentials bearing the number of children and number of novels in the same breath. Analysing what it means, he says:

“Women, be therefore courageous, free; play at being men, write like them; but never get far from them; live under their gaze, compensate for your books by your children; enjoy a free rein for a while, but quickly come back to your condition. One novel, one child, a little feminism, a little connubiality. Let us tie the adventure of art to the strong pillars of the home: both will profit a great deal from this combination: where myths are concerned, mutual help is always fruitful.”

This kind of acerbic wit is to be found throughout Mythologies. When writing about astrology, for example, he says that the annual spend on the occult in France at the time was 300 billion francs. And he studies the horoscope page in Elle once again, where he finds the horoscope is compartmentalized into three sections: ‘The Outside World’, ‘Home Life’ and ‘Romance’. It is as if women’s lives are to be circumscribed by just these three dimensions which he calls “prison houses” that are next to each other, perhaps even linked to each other, but must never contaminate one another. His keen eye also noticed that the horoscope page was usually silent on money matters; the stars never liked to hazard a guess about the financial fortunes of their readers.

In the chapter on the semiotics of soap powders and detergents, he writes that “the first World Detergent Congress (Paris, September 1954) had the effect of authorizing the world to yield to Omo euphoria.” He discerns the shift from soap powders that previously used to “kill dirt and germs” to detergents that “force out” dirt from the linen using powerful imagery. For those in advertising, this might bring back memories of the dreaded “tyranny of the product window” which we always had to insert into TV commercial scripts. More importantly, Barthes says:

“Persil whiteness, for instance, bases its prestige on the evidence of a result; it calls into play vanity, a social concern with appearances by offering for comparison two objects, one of which is whiter than the other. (readers in India might recognise Rin detergent communication here). Advertisements for Omo also indicate the effect of the product (and in superlative fashion, incidentally), but they chiefly reveal its mode of action; in doing so, they involve the consumer in a kind of direct experience of the substance, make him the accomplice of a liberation than the mere beneficiary of a result; matter here is endowed with value-bearing states.” (italicized text in parentheses is mine)

If we take just bubbles then, we can see how many ways they can be employed to convey very different imagery and meaning. Bubbles, as in effervescent, fragile or delicate, light-hearted, fresh and clean, coming to a boil, rising, etc. have been used for everything from fizzy drinks, beer and champagne to soaps and detergents, and even the ecology. Bubbles, as in asset bubbles, used in economics and finance, also exist; they mean something that has built up great value over time and is about to burst, as all bubbles are wont to do. Note how Roland Barthes himself uses “soap bubbles” in his description of the Citroen DS 19, to mean a lot of glass, spacious and airy.

Since I have worked on car brands, I can’t help but wonder why most car advertising communication that we see these days is so devoid of any brand benefit, idea and, consequently, imagery. Is it any wonder then – NBFC and credit crisis aside – why car sales are plummeting the way they are in India? Car companies are not doing very much better overseas either. Nissan has just announced they’re cutting 12,500 jobs worldwide.

Cars, like bubbles, can mean so many different things to people: mobility, freedom, good cheer, travel, discovery, escape, empowerment, a cocooned existence, and so on. What prevents advertisers and their agencies from exploring product ideas and communication ideas that can build differentiated brands in a short, and long-term, way?

Time to go back to basics and myth-creation once again, then. Time to search for the dreaded “essence” and put the ‘aura’ back into brands. And although Barthes says myths can be both text and image, he believes they are a visual way of writing; in the era of digital communication, that might be just what the doctor ordered.

Meanwhile, I am determined to read more of Roland Barthes: Camera Lucida awaits and then at a later date, Elements of Semiology as well as Image, Text and Music. Plenty to look forward to.

2 thoughts on “Of Language, Myths, and Roland Barthes”