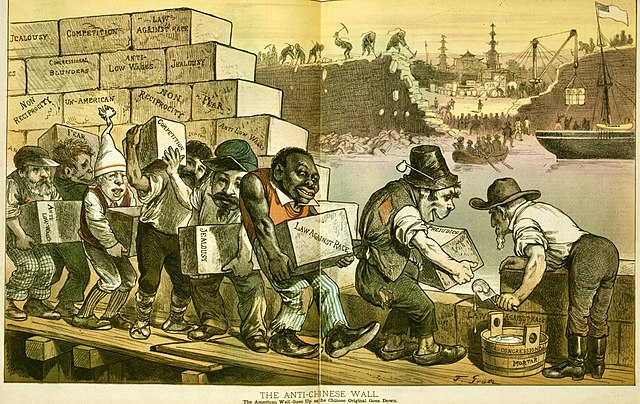 In March 2018, President Trump said that “Trade wars are good and easy to win.” As economies and markets roil in the throes of the year-and-a-half long US-China trade war, it is perhaps time to ask who is a trade war good for and what impact it is having on business and ordinary people.

By imposing huge tariffs on steel and aluminum imports from China and other countries, Trump raised the prices of these products in the US, and companies from fizzy drinks makers to car manufacturers are facing rising input costs and will have to pass these on to consumers at some stage. Then, by raising tariffs on US $ 250 billion worth of Chinese imports which covered a range of products from chemicals and electronics components to other electronics products, Trump unleashed a wave of retaliation from the Chinese with higher tariffs targeting mainly American agricultural products like soya and corn as well as meat products.

That should hurt American farmers – a core part of Trump’s voter base – and it has. To buy their support and keep them quiet for a while, he promised them bail-out funds to the tune of US $ 16 billion. That hasn’t quite quelled the frustration and anger and months later, US farmers are now finally speaking out and openly expressing their disapproval of Trump’s actions, according to several media reports.

Have the tariffs brought American companies back home and have they brought the much-promised jobs to American workers, the other important constituent of Trump’s electoral base? You could hardly say enough manufacturing jobs in America have been created, that was worth going to a massive trade war with China over. At an average, 8,000 manufacturing jobs are being created in 2019, spiking up to 16,000 jobs some months; low and unchanged when you compare this with employment in professional and business services, healthcare and others which create over 40,000 jobs a month in the US.

The fact is that the nature of the American economy and industry have changed dramatically since the start of the millennium; services dominate and manufacturing is of the high-tech, automated and value-added kind. These are not the businesses that can or will employ Trump’s voter base of factory workers and there is no attempt being made to re-skill them either. Business investment has perked up recently and the fact that capital goods orders have shown good growth is encouraging for future growth, but again, they will probably not be the kind that will provide many manufacturing jobs.

What about the impact on businesses? Most of corporate America have warned Trump against the dangers of a trade war with China, including most recently a meeting between Tim Cook and President Trump. However, Trump has now hit back at US companies, saying that they are blaming tariffs for their tardy performance and has ordered them to pull out of China.  US corporate earnings in the second quarter have been muted, and in many ways that Trump doesn’t realise, the trade war is responsible for it. The August PMI figures for US manufacturing from ISM (Institute for Supply Management) shows a sharp contraction at 49.1 (any number below 50 indicates contraction) and is the lowest in three years.

Companies in Europe too aren’t insulated from these trade wars and neither are those in Asia. Thanks to global supply chains, a key and important feature of globalization, raising tariffs against one country on one component often has a cascading or domino effect on the prices of related components and finished products in several other countries. Several companies, both American and Chinese, have shifted their manufacturing base to other countries in Asia, not just to lower their costs and prices, but to overcome the continuing uncertainty which affects business as much as costs. In other words, uncertainty itself has a huge business cost.

According to CNBC, the trade war has already cost electronics companies US $10 billion and they say it could get worse starting September 1, 2019. That is when the second or third wave of tariff increases goes into effect, imposing tariffs on the remaining US $ 300 billion worth of Chinese imports. These are not just any product, but goods that will directly affect American consumers, such as toys, footwear, apparel, electronics like smartphones and laptop computers, etc. With eyes on his re-election bid next year, Trump has so far been holding off on these tariffs for fear of a backlash. But caught between a rock and a hard place, Trump has taken the trade war to such a feverish pitch, that it’s almost impossible to back down now.

Let us look at the impact it is having on businesses and countries around the world. There are several companies in Europe from luxury goods makers, to technology companies and automobile manufacturers, including the likes of BMW and Mercedes, that are facing the brunt of the trade war. Exports in countries like Germany and UK have fallen, taking both economies into contraction in the second quarter of 2019. Indonesian exports have fallen sharply and the Singapore economy has contracted, thanks to the effects of the trade war. These are all countries that trade significantly with China and so they are caught in the crossfire. As I had written in a post, months ago, all routes to growth in global trade go through China.

The US has a separate on-going trade war with the EU, primarily over subsidies to the aerospace industry. After the initial set of raised tariffs on US $ 11 billion worth of food and wine imports from EU, he recently threatened to raise tariffs on another US $ 4 billion of EU imports, including wines, Scotch whisky, cheese, seafood, olive oil and more expected tariff increases could include 25% tariff on European cars. The latter will seriously hurt the European economy which is already suffering from the US-China trade war and Brexit. The US and EU do about US $ 1 trillion in trade with each other annually, with the US being net importer and the trade balance worsening here as well.

What about investors? From his tweets and statements, it is clear that Trump cares about the stock markets, to the extent that it is his main ruse with the US Federal Reserve Chairman, Jerome Powell. Stock markets around the world lost around US $ 13 trillion in market value in 2018 alone, over trade fears, led by US, China and India. In 2019, stock markets in emerging economies have been bearing the brunt of the loss, what with capital returning to safe havens and the US dollar strengthening as a result, much against Trump’s wishes for a weaker dollar. As The Economist has recently written, Trump needs to understand that he cannot have a strong US economy, a weak dollar and a trade war all at the same time.

What’s more, with money rushing into bond markets, yields are plummeting to new lows and many think the yield curve inversion that took place in the US between the 10-year and the 2-year treasury could be signaling that a recession is around the corner. The biggest casualty of the protracted trade war so far – and it is likely to extend well into next year – is the loss of business and investor confidence. As it is, central banks in many countries around the world have begun cutting interest rates to boost growth and monetary policy is once again to the rescue, when the problems have been created by politicians’ grandstanding.

It is the American consumer who is holding up the US economy right now and thanks to job creation and rising wages, consumption has held up pretty well. However, there is no saying when the low investor and business sentiment, coupled with rising prices thanks to higher tariffs, could start crimping demand and consumer confidence as well. It could then be the start of a vicious cycle that threatens to shrink economic activity and drag down growth across sectors and economies.

So, who exactly is benefitting from escalating the trade war and who is winning it? From recent media reports, the US trade balance with China has worsened in the first half of this year and the second half is not likely to be much better as the festive season usually means increased imports from China. Trump claims that the US Treasury is earning “billions of dollars” in tariffs from China, but the fact is that they have earned around US $ 31 billion in fiscal 2019. US $ 16 billion have already been promised to farmers as bailout funds, just so that Trump can wage his trade war. Besides, it is not the Chinese who are paying it, but the raised tariffs work as a tax on US companies, cancelling out his generous corporate tax breaks to them, which were anyway designed to benefit the wealthy. And finally, when all is said and done, it is the American consumer who will have to bear the burden.

I suppose we must also ask the question that must be uppermost in his mind: will this help him win at next year’s hustings? Not, if he carries down this path with farmers, ordinary factory workers and middle-class consumers all paying the price for his trade war.

The trade war is also having a deleterious effect on international relations across the board; “America first” is making enemies of everyone, including allies. If countries are always suspicious of each other’s intentions and undermining each other’s confidence, it vitiates the very atmosphere for talks, making any progress next to impossible.

Right now, America’s attitude is reminiscent of the old cartoon from a Puck magazine issue in 1882, that is pictured at the start of this post: using its diverse immigrant population to build walls, while China, on the other side, is busy breaking down barriers to trade.

The “Anti-Chinese Wall” cartoon featured in this post is by Friedrich Gratz and was published in Puck Magazine on 29th March, 1882; Image Wikimedia Commons.