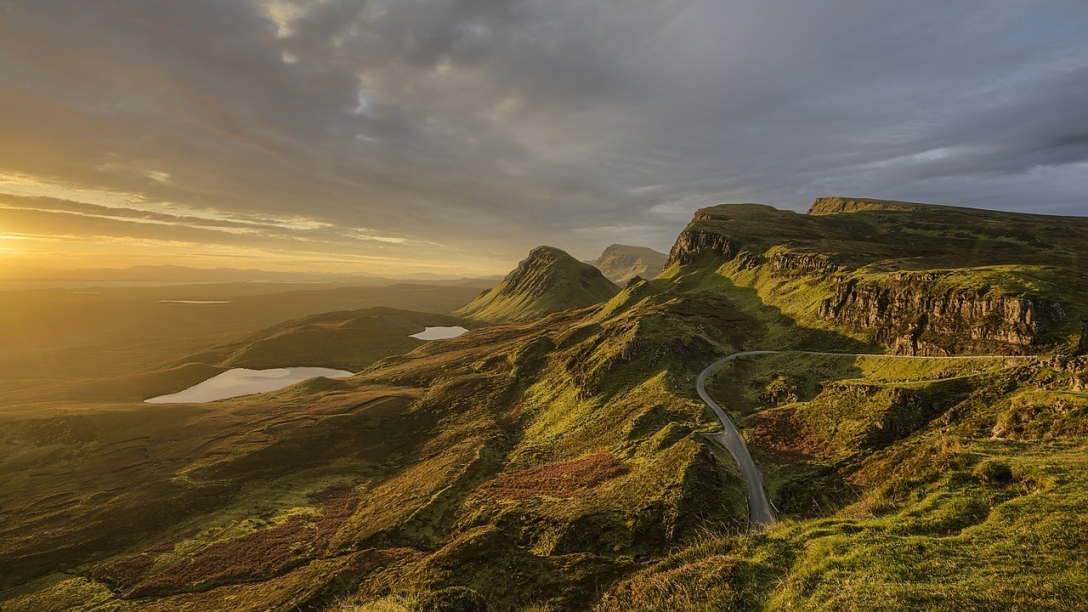 It’s finally time for me to write a post that is more closely related to my work. And I am conscious while writing this post, that I am something of an anachronism in today’s world of advertising and brand communications, where every brand is trying to woo the millennial.

Having spent more than twenty years in the business, I can’t help writing about this new trend in advertising that is almost becoming an epidemic, which is to try to be cool, trendy, hip and of course, “viral” so that millennials will consider your brand. And, these millennials are supposed to be so “cause-conscious” that to get their attention, you have to have a “purpose”. As if your business didn’t have one all these years, or that you needed a millennial to tell you to go get yourself a cause.

In the process, ageing brands are either getting cutesie-pie, or overly aggressive and in-your-face, or taking up social causes like it were the latest fashion (in many cases, it is just that) or else, merely following the latest “trending” topic out there in cyberspace. I think ageing brands, heritage brands, luxury brands are all facing a mid-life crisis. It’s as though ageing well, or ageing gracefully is now a thing of the past.

Some of the brand campaigns strike me as so dumb, that I wonder if the creators even realise that they might be insulting the intelligence of the most sought-after consumer cohort?

Now, I do realise that we are all living longer, healthier and more active lifestyles, and that 60 is the new 40 and all that. But really, imagine if Bob Dylan suddenly tried to become Ed Sheeran or Justin Bieber. What in the world is going on and how should ageing brands face up to the fact that they are ageing and yet stay relevant and meaningful to younger consumers?

Decades ago, I had the privilege of travelling to the UK and to France on work from Ogilvy while working on the Seagram (now Pernod Ricard) business. It was an opportunity to meet with agency colleagues from around 20 countries and with clients, of course, at a conference. But more importantly, it was a chance to discover for myself, the secrets of Scotch whisky and wine-making (Cognac and Champagne, to be precise) as well as appreciation.

Now, while all these are distinctly different kinds of spirits, they have in common an uncompromising quality of ingredients and the painstaking attention to detail that goes into making them. However, what gives them their cachet in advertising and in actual consumption is their strong underpinning of culture. Because they are consumed in good company, they are always about great conversation, bonhomie and the appreciation of the finer things in life. And this cultural process is accretive, cumulatively building up greater appreciation over time.

A truly great Scotch Whisky is always asking you, the consumer, if you have enough of the finely developed cultural and intellectual tastes to appreciate the “notes” almost as you would, a great symphony. In that respect, a Single Malt Scotch Whisky is most certainly a sonata. They have such long histories and legends to tell, that the folklore around them are enough to fill books. And indeed, they have. Whether it is Scotland’s National Poet, Robert Burns, or Sir Walter Scott or even the somewhat cantankerous Samuel Johnson who rarely had a good word to say about the Scots, they each give the fields of barley and the dram of whisky its due place. From an angler enjoying his drink after fishing at sundown to a golfer swilling whisky with his friends at the clubhouse, it is almost always a celebration of the finest that life has to offer.

It all sounds rather quaint in today’s world, I know. But, the allure of Scotch Whisky has not left the young untouched. In fact, it is a drink with growing popularity around the world and Single Malts, particularly, are the fastest-growing. Scotch Whisky exports from the UK totaling £4.7 billion in 2018 grew by 7.8% in value and by 3.6% in volume, with Single Malt Scotch Whisky growing by 11.3% over the previous year to touch £1.30 billion according to the Scotch Whisky Association. A lot of it is explained by higher disposable incomes and greater dining and entertainment both at home, and out of home.

Until a few years ago, Scotch Whisky was considered the old man’s drink. It was associated with cigar-rooms and smoke-filled bars or drawing rooms with a fireplace crackling and wing-back old leather armchairs. Mahogany desks and bookshelves and perhaps a piano or a harp in a quiet corner would complete the picture. Why did the young take to Scotch Whisky?

Well, for one thing, the cultural accoutrement that I referred to, earlier. In most corporate and social circles, it is considered a sign of good taste that you know your whisky and can tell one good Malt or Grain Whisky from another. That takes time, and almost always comes with age and experience. Scotch Whisky, like fine wine, demands years of lived experience, of soaking in the flavours, allowing them to settle on the palate for a fine and smooth “finish”, just the way the whisky itself spent years in a barrel, breathing in the sherry or bourbon flavours from the oak cask, along with the tannins that add the amber glow and of course, the very air of Scotland. Little wonder then, that a good appreciation of whisky is not just a great conversation subject, it is a passport to the higher echelons in social life.

The question still remains: how did Scotch Whisky shed its “stuffy” image and acquire contemporaneity? I think a couple of things helped and it is not by accident but by design that they worked in Scotch Whisky’s favour. Travel and golf. I think these two have done more for Scotland and its tipple than any brand marketing campaign. The fact that Scotland’s distilleries welcome travellers on Whisky Trails and promote Whisky tasting “appreciation” sessions has helped millions around the world discover the world of Scotch Whisky and has kept its romance alive. Golf tournaments in Scotland and around the world are a hugely popular sport among the affluent young and have also helped the drink stay relevant and contemporary. Then, for sports enthusiasts, there’s always the quintessentially Scottish sport of angling, or more specifically trout fishing, in the Highlands.

The other phenomenon has to do with innovating and adapting to changing consumer tastes, and Scotch Whisky pundits themselves have ceased to be such purists anymore. Many Master-blenders recommend whisky cocktails these days, and have prepared recipes with great care, even going to the extent of suggesting food-pairings with them. Whisky cocktails were always around but they were fewer in number, and they were not Scotch Whisky-based; the very thought would have been sacrilege years ago.

Considering Scotch Whisky has so much going for it then, I feel somewhat saddened by the efforts of some marketers to forcibly try and make their brand young. Diageo, with their ever-expanding family of Johnnie Walkers, from the popular Red Label and Black Label to Blue Label and Green Label have only been discounting the brand’s true value with every new colour of the spectrum that they launch. Then they went and did a Game of Thrones promotion with White Walker, no doubt with a view to attract the millennial drinker. But the biggest blunder to crown them all, in my opinion, was to introduce Jane Walker, a variant specially launched in the US because research told them that American women were intimidated by Scotch Whisky. Would you believe that? My response to any such request, had I been working at their advertising agency would simply have been “How about making it less of a man’s club and featuring more women in your brand communication, for starters?” In the #MeToo era, it would also be more politically correct. You hardly ever see a lady in their commercials. My hunch is that Jane Walker will not fly; she will not even care to walk.

The other disappointing communication that I happened to see recently is for The Glenlivet. The iconic Single Malt Scotch whisky brand that is almost synonymous with whisky itself since it created the category, is getting cutesie-pie in its old age. This advert features a woman, but only as a little “sis” who once played with pretty dolls and cute stuffed toys and is now getting married which provides everyone with an occasion to quaff some whisky. It even has a sweet, story-book style jingle to go with it. A whisky commercial with a jingle?! For heaven’s sake, will someone please tell the client (who used to be old clients of mine at Seagram) that whisky is for grown-ups who can handle their drinks and their lives. And what does The Glenlivet have to do with any of this? The tagline only declares “The Memory”; make what you will, of it.

These are obvious, but counterproductive, attempts at trying to reach the young millennial. And they are so far away from the world of Scotch Whisky, that they actually end up damaging the brand and the category, when The Glenlivet should be leading it.

In the midst of all this, the new film for Hennessy XO is like a breath of fresh air. It is not just a visual spectacle, directed as it is by Ridley Scott, but a lesson in how an ageing and indeed old brand can appeal to younger drinkers without compromising its values and its magical qualities. Apparently, the ideas of “The Seven Worlds” and “Each drop is an Odyssey” had been around, but they hadn’t been visualized this way. Ridley Scott has cast his spell, and quite literally too, in bringing the idea to life. Like Whisky, Cognac too has tasting notes, and each has been given creative expression with its own chapter. What’s unique and different about this film is that it successfully brings together “old world” luxury and values with “new age” forms and expression. It doesn’t dumb down; instead it expects the discerning consumer to make the leap of imagination. And the use of motion sensor technology to create the dazzling visual effects certainly give it an altogether contemporary language.

This is how a brand can age well and gracefully. The lessons are there in the world of Scotch Whisky as they are in Cognac, Champagne and wines. From luxury cars to watches and fashion, advertisers and marketers need to pay greater attention to how they keep their brands contemporary and relevant. Most importantly, they need to understand that in the frantic search for new customers, they don’t alienate their core group of customers.

I am not just an anachronism because of my age. Even back in my days in the agency, I felt like an oddity because I think I must have been the only woman writing about cars, whisky and other spirits, and even computers, otherwise considered male territory.

And I also realise that I am not Procter and Gamble’s Oil of Olay woman, who intends to fight ageing every step of the way. I would be very content and thankful if I manage to age gracefully and well, rather than compete with a millennial. And I’d be even happier, if I can bring the same spirit and sensibility to my work.