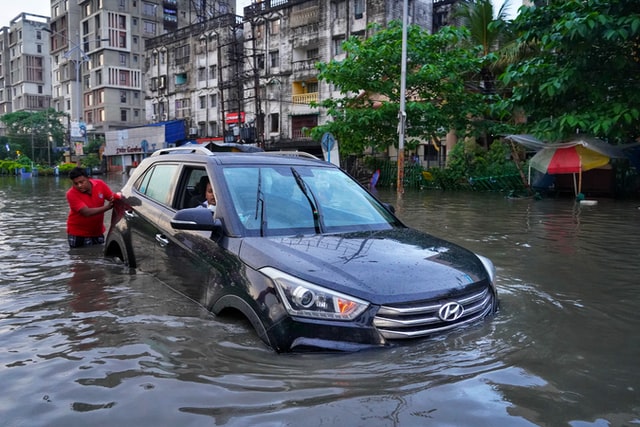 As the Covid pandemic wanes, one would expect most economies to recover faster. However, something called base effect prevents us from seeing better rates of growth. And so it is, with our economy in India. After the massive contraction in FY21, the first year of the pandemic, the economy staged an impressive recovery in the second half of that financial year and the early part of FY22. Now thanks to the higher base of last year, the GDP growth rates are more modest and in the last reported quarter (Q3 FY22), India grew by 5.4%.

Even with taking the base effect into account, this GDP growth rate does look like a sharper slowdown, when most estimates were in the region of 6%-7%. And if we look at the numbers more closely, we find that the culprits are manufacturing and construction. Manufacturing grew by merely 0.2% and construction actually contracted by -2.8%. I find these sharp slowdowns and contraction rather strange and hard to explain, since manufacturing in the third quarter ought to have been brisk, and construction activity too should have picked up, post monsoon. So let us just leave it to the base effect for now.

Services seem to have grown and done better this time, considering this was the most adversely impacted sector during the pandemic. And as expected it is largely due to base effect again. Trade, hotels, transport etc. grew by 6.1%, financial, real estate and professional services at 4.6% and public administration, defence and other services grew by 16.8%.

If we look at industrial production during 2020-21, it too contracted and slowed significantly. To that extent, IIP for the latter half of 2021 and in 2022 is showing signs of recovery. However, we notice that in the last three months of November and December 2021 and January 2022, industrial production has slowed again. From 3.2% growth in October 2021, it has slowed to 1.4% in November 2021, 0.4% in December 2021 and 1.32 in January 2022. Most of this could also be due to a base effect, but the slowdown could also be due to supply shortages, such as chips for example in consumer durables like cars.

However, as I have been writing on my blog, there is a slowdown in consumer demand as well. With unemployment soaring once again, there is very little chance of consumption growing by very much in the coming quarters. According to CMIE, the latest unemployment figures for February 2022 are 8.1% all India, with rural at 8.35% and urban unemployment at 7.55%. The private final consumption expenditure share of GDP in Q3 FY22 is at 60.7% which is healthy no doubt, but it has registered a year-on-year growth of less than 1%. With such high levels of unemployment and weakening consumer demand (which is the main engine of growth in India), we have investment too at low levels. Gross fixed capital formation as a share of GDP was at 30.1%, which is slower than last year and still slowing down sequentially. India’s exports have grown dramatically during the Covid years, thanks to a solid recovery in the global economy, but as oil prices have tended to rise (thanks to OPEC not agreeing to produce more) and as other commodity prices too have risen, our import bills are higher and the trade deficit is widening. This is even before taking the latest Ukraine crisis and its impact into consideration.

The Covid storm hasn’t yet gone away and we need to be watchful and prepared for dealing with the next wave or variant that might surface. And there are new storms already on the horizon, in the form of the war in Ukraine and its economic impact, as I wrote recently in my Owleye column. Not only do we need to prepare better for dealing with commodity and supply chain issues, we must know that all these are going to affect the country’s plan for growth.

This year’s budget focused on capital expenditure by the government in a big way, especially in infrastructure, from roads to affordable housing. A lot of this would be impacted by the spike in commodity prices. Besides, the recovery from easing of Covid restrictions would have ordinarily led to growth in economic activity and services finally recovering as well. Unfortunately, oil prices are going to put air travel off for many people and tourism too will suffer.

The government is also unwilling to raise taxes on corporates and the wealthy in India, which they ought to have done as a two or three-year measure at the start of the Covid-19 pandemic in 2020, and one wonders what the government finances are going to look like now, under the impact of war in Ukraine. Most economists are expecting a sharp rise – perhaps even doubling – of India’s current account deficit. The budget deficit which was expected to be high – at 6.5% – for FY23 will now probably be less, with the government shelving some capex plans and therefore lowering its borrowing. That said, in a year with hugely volatile and high commodity prices especially in food and fuel, spending on social welfare schemes and employment generation might rise quite sharply, as it did last year during the second wave of Covid.

I would urge the government to focus on more long-term spending in social infrastructure such as education and healthcare after two years of the pandemic have wreaked havoc on both. This must be seen as long-term investment in our human capital, as a way of building capacity, and repairing what’s broken in our system.

Then we have an unavoidable storm that has already begun in capital flows. Starting this year, foreign investors seem to be net sellers in both Indian debt and equity markets and the Indian rupee has depreciated as a result. This was expected, with central banks both in the US and UK raising interest rates to fight runaway inflation. There might be worse to come, since the US Federal Reserve has already begun increasing interest rates and has indicated strongly at multiple rate hikes this year in order to cool down inflation in the US which is the highest it’s been since the early 1980s.

This is the price we pay for being part of a globalized world economy, especially linked through financial markets and trade, even though India is not that strongly connected to global supply chains yet. The Indian government is of the view that it is prepared for external shocks that may arise out of the Ukraine crisis and that India has adequate foreign exchange reserves for 12 months of imports.

However, a weakening rupee will give a boost to our exports and make our imports more expensive and at a time, when we are looking at growing investment in the country, that could certainly be a stumbling block. It will also make our external debt situation, especially external commercial borrowings, more precarious. As of end-June 2021, India’s total external debt which is 20.2% of GDP, was US $ 571.3 billion of which external corporate debt was US $ 213.6 billion according to RBI data.

As I have said many times before on my blog, the least the Indian government can do is to cut excise and taxes on fuel to provide more relief to households and businesses. This, when they have been increasing it steadily over the past many years even when international crude oil prices were at their lows; they ought to know that it has an impact on prices of most goods and services.

The Indian government must do its best to ease the pain for ordinary citizens, especially the poor, and also look for ways to boost employment and growth. It must act swiftly and decisively on things that it can control, minimizing the risks of factors that it cannot control.

I suppose that’s what one does in situations when we have early warning systems telling us of an approaching storm. Read the warning signs clearly, anticipate the worst and act swiftly to reduce the damage.