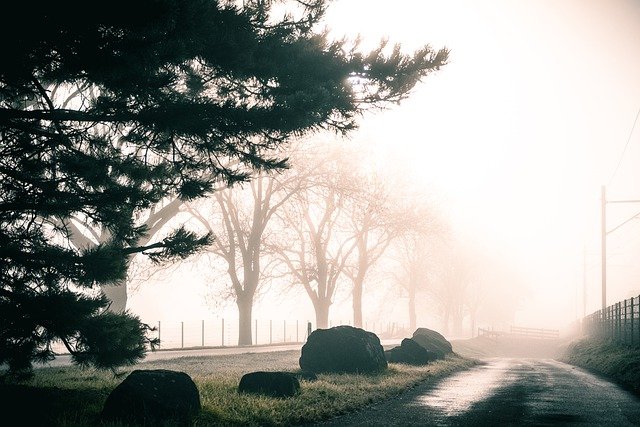 Since I haven’t been earning an income in years and am going broke, I have to be careful about buying books. Such a pity really, since I tend to devour them. Yours truly decided to read books that yours truly had gifted father on his birthday last year, instead.

The master of spy fiction, John le Carré passed away last month and the world mourned the loss of one of the greatest fictional chroniclers of the Cold War for decades. He almost owned the territory that came with it. What a sad coincidence, though, I thought, since I had bought his last two books for my dad, knowing that he enjoyed his writing years ago.

Generally speaking, I don’t read much of spy or crime fiction. Though like most good Indians, I too was brought up on Arthur Conan Doyle’s Sherlock Holmes and Agatha Christie. In later years, I enjoyed only Raymond Chandler and Dashiell Hammett. In spy fiction, I read only Graham Greene and John le Carré.

My father was obviously being polite, when he said the le Carré books were good. Considering my previous birthday gift to him of Ian McEwan’s book, Machines Like Me was a disappointment, perhaps he thought some politeness was in order. I have just finished reading The Legacy of Spies and Agent Running in The Field, and I think they are anything but good.

In fact, it wouldn’t be wrong to say that they are anything but John le Carré. Legacy of Spies was apparently written after le Carré decided to bring back George Smiley, the character from his early books. I was curious to see how he dealt with his return. I was also curious to know how he dealt with the subject of the Cold War once again, since he had made the transition to other themes rather well, notably in The Constant Gardner.

Oh well, both George Smiley and the Cold War return as ghostly presences in a plot that is weak and implausible. The Legacy of Spies has the protagonist, Peter Guillam, who has retired from the British Secret Service, and is settled in the country in France, called back for an investigation into former crimes and misdemeanours. A former spy tucked away in a quiet, sleepy hamlet is a nice touch for anonymity. The village in Brittany is called Les Deux Eglises, though Peter Guillam insists that they are Catholic in France.

There are flashes of John le Carré. There is a brief encounter with George Smiley that the narrator, Peter Guillam, describes right in the very first chapter of the book, which has the characteristic subtlety and restraint of le Carré.

“Smiley didn’t say much at my debriefing, just sat and listened and occasionally peered owlishly at me through his thick-rimmed spectacles. But when it was over he suggested we take a turn in the garden, which seemed endless and had a park attached to it. We talked, we sat on a bench, strolled, sat again, kept talking. My dear mother – was she alive and well? She’s fine, thank you, George. A bit dotty, but fine. Then my father – had I kept his medals? I said my mother polished them every Sunday, which was true. I didn’t mention that she sometimes hung them on me and wept. But unlike Jack (Peter’s debriefer), he never asked me about my girls. He must have thought there was safety in numbers.

And when I recall that conversation now, I can’t help thinking that, consciously or not, he was offering himself as the father figure he later became. But perhaps the feeling was in me, and not in him. The fact remains that, when he finally popped the question, I had a feeling of coming home, even though my home was across the Channel in Brittany.”

In a way only le Carré can, he has not only managed to draw a quick character sketch of George Smiley, he has broached the subject of allegiances, where one’s loyalties lie and what a spy calls home.

I wish I could say the same for the entire book, though. For the investigation into what is called Operation Windfall in which several former spies’ children are now seeking to avenge their parents’ deaths, or at least seeking answers and explanations for it, turns out to be a farcical romp through the Cold War. If the “Circus” is unfamiliar to me from le Carré’s earlier novels, so are the “stables”, “the GODIVA network” (all caps in the book) and the “safe houses and flats” sprinkled throughout.

If there is anything John le Carré knew and described with elan about the world of spies, it is the art of subterfuge. Spies don’t go around talking about safe houses, or meetings or conversations, not in le Carré’s books; even when present they occupy the background, while in the foreground, there is always the constant tension of the conflicts – often multiple – lingering and rolling inside the protagonist’s head. Which, in the case of this story, however improbable, ought to have been what Peter Guillam thought and felt about the operation in which many of his colleagues lost their lives.

Instead, we have a series of flashbacks of old encounters triggered by the investigation, which afford us a romp through Europe as well, especially parts of East Germany and East Berlin. George Smiley only makes a ghostly appearance every now and then through old correspondence and reports in files, which surface in the course of the investigation. There is plenty about changed identities, aliases, and the like, which again don’t belong in John le Carré’s writing. They might be more at home in Robert Ludlum’s works, especially The Bourne Identity trilogy.

The characters for the most part, including the six Windfall operatives, are cut-outs. One of the investigators is called Bunny, Peter’s love interest is Doris Gamp alias Tulip who kills herself, and there is an improbably named Pepsi. There is a Liz Gold in Operation Windfall who is shot trying to escape – where else – but at the Berlin Wall. Once in a while, conversations flit around capitalism, communism, democratic socialism, Zionism, all in an attempt to make the spy’s work appear intellectual, or at least ideological, but even they can’t lift the novel out of the caricature that it is, of all of le Carré’s previous books.

So, when Peter Guillam towards the end of the book recalls a conversation with George Smiley on why he does what he does, one can only manage an incredulous roll of the eyes.

“’I believe you came to accuse me of something, Peter. Am I right?….Was it for the things we did, would you say? Or why we did them at all?’ he enquired in the kindliest of tones…

‘For world peace, whatever that is?… Or was it all in the great name of capitalism? God forbid. Christendom? God forbid again…’

‘So was it all for England, then?’ he resumed. There was a time, of course, there was. But whose England? Which England? England all alone, a citizen of nowhere? I’m a European, Peter. If I had a mission – if I was ever aware of one beyond our business with the enemy, it was to Europe… If I had an unattainable ideal, it was of leading Europe out of her darkness towards a new age of reason. I have it still.’”

The second of John le Carré’s books, Agent Running in The Field, is even more bewildering and unlike anything the author might have written. Set in contemporary Brexit times, it attempts to recreate the Cold War atmosphere between Britain and Russia, but in the most ham-handed way.

When there was already enough material in the Russian meddling in US elections and the Brexit referendum, poisoning and killing of Russians in UK, Russia’s actions in Ukraine and Crimea, why would le Carré leave all that and choose to focus on a British Secret Service agent beyond his prime, Nat, and his run-ins with a badminton player, Ed Shannon, at the Athleticus Club? Because Ed hates Trump and Putin, and is against Brexit? Enough to make Ed a double-dealing agent and spy?

Worse, Ed ostensibly works in a media firm but we never know what the nature of his work is. He once asks Nat to bring a partner along for a doubles game, with him and his sister, Laura, and ends up marrying her towards the end of the book. This when the lady in question, Florence, has found out more about Ed to actually want to avoid him.

Nat has been offered an assignment in the “Haven” by his boss, Dominic Trench, which is considered a stepping stone to the Russia Department. Nat is happily married to Prue, a lawyer in London, who does pro bono work and is also actively following Big Pharma. But his run-ins with Ed and his own colleagues leads to another romp through Europe, this time across Estonia, Germany, and the Czech Republic. There is even an encounter or rendezvous in Karlovy Vary thrown in. There are secretly taped conversations, secret surveillance camera filming, and eventually a Project Jericho that comes up, which is about uncovering an anti-Europe conspiracy.

Agent Running in The Field is again weak on plot and lacks le Carré’s elegance and keen, observant eye. In the case of this book at least, the perceived Russian threat to disrupt liberal western democracies, would have made for a more compelling story. And Nat and Ed are not etched out enough as characters to make their encounters a real battle, not just on the badminton court.

The Guardian review of Legacy of Spies is full of praise for the author, especially his ability to write gripping stories even at the age of 85. I don’t dispute that. In fact, we know he was capable of much better writing than this, and I don’t think age could have dulled his writer’s sensibilities or his keen observation. Of late, I wonder why most new books by highly-regarded authors are turning out to be well below par, most unlike them, even. I wonder if it has anything to do with editors and publishing houses “commissioning” work “to order”. As I have been writing recently, the circus bosses at Perfect Relations and their accomplices at BBDO Chennai have indeed been busy getting nonsense written and published, that too by well-regarded publications and authors that I read.

It is indeed sad to have to bid goodbye to John le Carré with what I consider to be caricatures of his writing. Indeed, not merely George Smiley and the Cold War, but even the author has been reduced to a ghostly presence.