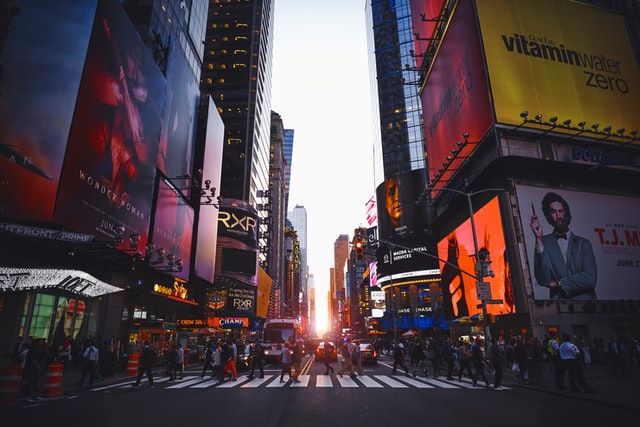 Deserted city streets. Empty or shuttered shops and restaurants. Air travel pretty much grounded. And a raging pandemic in our midst. Seems to be a strange time to be reading a book that is about just the opposite. About a life we once knew, which makes the act of reading it now, a study in contrasts.

I am reading Open City, a novel by Nigerian author, Teju Cole, which was well-reviewed and which I gifted my father for his birthday three years ago. Thought it was time for a break from my usual reading of non-fiction these days, and so I decided to read this. Also knew it would make for good pandemic reading, precisely because it represents all that is opposed to the life we are living now.

Besides the physical restrictions imposed on us by the pandemic, we are also experiencing greater tensions, racism, nationalism and economic warfare across the world. Open City is about embracing differences and multitudes, about open borders and minds, about cultural differences and what we have in common and most of all, it is about openness, as the title suggests.

The book is about the wanderings – in both the physical and mental senses of the word – of a young Nigerian psychiatrist, Julius, living in New York City as he perambulates about the city every afternoon. It is his way of taking a break from his rather hectic and exhausting medical duties examining and counseling his patients. Through these walks, he gives us a glimpse into the history of New York City, as well as all that informs and shapes our lived experience. From the world of art, music and food to books, travel and cultural influences, we are taken through a world of cosmopolitan internationalism.

Never having set foot in America, I found his descriptions and insights into New York city life, especially those hidden away from the usual media coverage and touristy paths, particularly interesting. At the same time, having read a great deal about America and New York City, as well as seen plenty of television news and English films over the years, it was not unfamiliar territory.

Although the book is about the openness of New York City and its myriad cultural influences, in Teju Cole’s hands even the “cultural melting pot” cliché about New York gets a new treatment as it becomes an exploration of all that connects us as humans. For example, a tour through NYC’s Chinatown takes us away into the world of Chinese cuisine and traditional medicine. Or a walk past an art gallery becomes a detour into the world of art and the human consciousness. While stopping on Fifty-third street to take shelter from a downpour, Julius notices that he is at the doorway of the American Folk Art Museum. Never having visited there before, Julius decides to go in and take a look. On one of the floors, he views a special exhibition of the paintings of John Brewster, someone I wasn’t familiar with.

“The stillness of the people depicted was certainly part of it, as was the sober colour palette of each panel, but there was something more, something harder to define: an air of hermeticism. Each of the portraits was a sealed-away world, visible from without, but impossible to enter. This was truest of Brewster’s many portraits of children, all of them self-possessed in their infantile bodies, and often with whimsical elements in their outfits, but with the faces, without exception, serious, more serious even than those of the adults, a gravity all out of keeping with their tender ages. Each child stood in a doll-like pose, and was brought to life by an incisive gaze. The effect was unsettling. The key, as I found out, was that John Brewster was profoundly deaf, and the same was true of many of the children he portrayed.”

From there, Teju Cole – through the thoughts and words of the character, Julius – talks about the romanticism that is attached to blindness, through the works of Milton and Homer, and even Ray Charles. How in losing the physical sight, one gains another sight – of unusual sensitivity and genius. However, he wonders, it is not so with deafness which is often regarded as mental retardation and he attributes some of it to the prevalence of the deaf-mute and so to the expression even, of “deaf and dumb”. I wonder how he didn’t think of Ludwig Van Beethoven – whose 250th birth anniversary is being commemorated this year – who has captivated the world with his music as well as his composing abilities despite his impaired hearing.

Similarly, while walking through another part of New York City, he talks of the history of slavery in the United States, including the involvement of several big businesses like City Bank of New York, AT&T as well as Con Edison in profiting from slavery. At another time, he tells us of the Dutch and Spanish influences in the early days of building New York City itself. He tells us that Ellis Island was built only for European refugees, while Africans like him had rougher ports of entry.

A good and large section of the book deals with a trip Julius makes to Brussels (why Brussels of all the places, I wonder!), where he befriends the owner of a phone-and-cybercafe that he visits. The owner, a Moroccan immigrant, Farouq, jousts with Julius on their very first meeting, on the merits of Moroccan authors, Tahar Ben Jelloun and Mohamed Choukri. They become friends and Farouq introduces Julius to his friend, Khalil, who wants to know if America has a genuine Left, because he is a Marxist. They discuss politics, race, identity and the importance of getting along even when there are differences. And there are references to Edward Said, Francis Fukuyama as well as Kwame Anthony Appiah in their conversations.

The device of Julius’ trip to Europe allows Teju Cole to explore what migrants and refugees on that continent experience, and whether multiculturalism is really alive. Julius can’t help but notice the number of people at Farouq’s shop making calls and connecting with the outside world.

“He (Farouq) gestured to the computer monitor behind him, and on it was the log of the calls ongoing in all twelve booths. Colombia, Egypt, Senegal, Brazil, France, Germany. It looked like fiction that such a small group of people really could be making calls to such a wide spectrum of places. It’s been like this for the past two days, Farouq said, and this is one of the things I enjoy best about working here. It’s a test case of what I believe; people can live together, but still keep their own values intact. Seeing this crowd of individuals from different places, it appeals to the human side of me, and the intellectual side of me.”

This is in line with the discussion Julius and Farouq also have on the old, familiar debate of assimilation versus integration. Farouq compares Malcolm X and Martin Luther King Jr where he agrees and identifies with Malcolm X’s stand on preservation of one’s own identity. Julius puts it down to a fundamental difference between Islamic and Christian ideals and values.

If there is anything the Open City can be faulted on, it is that the book deals with the idea of internationalism and cultural divides at a very simplistic level. While it is well-written, the observations, detours, and discussions are too reductive, and don’t allow for nuanced reflections. If Julius can reduce – and end – an argument on the basis of a religious dimension, it is equally true that there is very obviously a class difference between them. Indeed, Julius himself makes a rather patronizing observation, when he reflects on Farouq’s status in Brussels:

“The victimized Other: how strange, I thought, that he used an expression like that in a casual conversation. And yet, when he said it, it had a far deeper resonance than it would have in any academic situation. It occurred to me, at the same time, that our conversation happened without the usual small talk. He was still just a man in a shop. He was a student, too, or had been one, but of what? Here he was, as anonymous as Marx in London. To Mayken (Julius’ landlady in Brussels) and to countless others like her in this city, he would be just another Arab, subject to a quick suspicious glance on the tram.”

One wonders if Teju Cole didn’t just transfer some of his unconscious bias to his narrator and protagonist, even if inadvertently. On the other hand, Julius faces no such problem in befriending a white lady doctor from Philadelphia who is on the same flight to Brussels. They are able to strike a conversation quite easily on the flight, and she gives Julius her number in Brussels suggesting that they meet for a dinner one evening while he is there. Neither race, nor skin colour, nor class come in the way of their conversation even though she is probably a generation older than Julius, as he indeed notices when he spies her in the seat next to him on the plane. And they do meet for a quiet dinner at a restaurant in Brussels.

That said, Open City is a good read and Teju Cole is already being compared with WG Sebald, whom I haven’t had the pleasure of reading yet. The only other thing about the book that I found puzzling is that all this is supposedly taking place against the backdrop of Julius having just broken up with his girlfriend. You wouldn’t know it, though, from reading the book; she is conspicuous by her near-absence physically as well as in spirit.

Are the afternoon walks an escape for Julius from his recent estrangement with her? The psychiatrist doesn’t say.