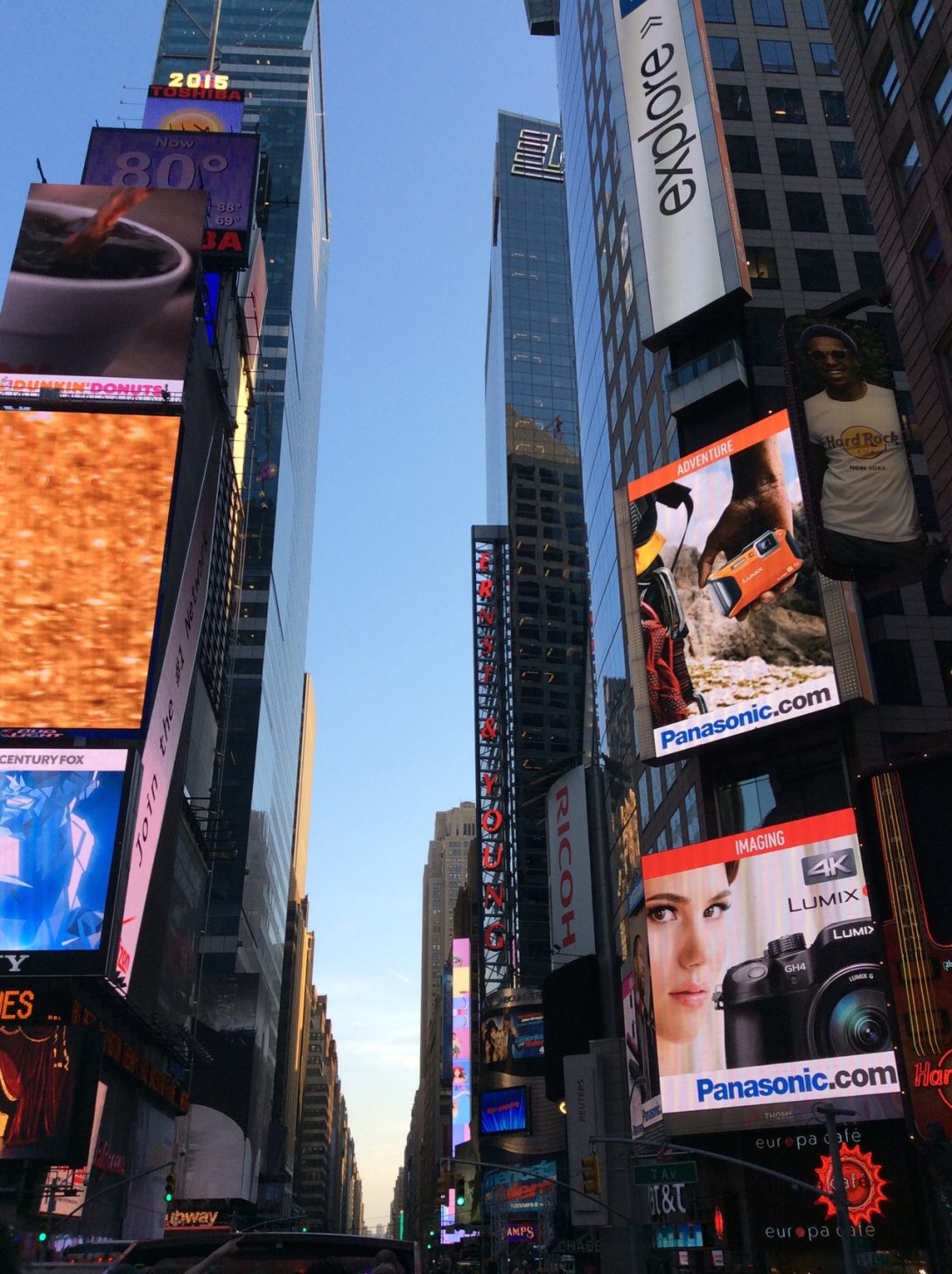 “The road of excess leads to the palace of wisdom… You never what is enough until you know what is more than enough.”

This might be a strange note on which to begin the new year, but not if one looks at the signs all around us. Listening to some world leaders, you might be forgiven for thinking that the global economy is well on its way to recovery and is in fact, powering ahead in the US.

So, is the global economy in the pink of health?

Depends on who you ask. For those who sip their pink champagnes, play golf on weekends and commute in business jets, life has never looked better.

Yet, it would be obvious to most sensible folks that after a decade of the worst financial crisis, we still haven’t learned our lessons. If anything, we still see signs of excesses that brought the economy to a grinding halt. To start with, there are soaring corporate profits in almost all the major economies of the world. Buoyed by the recent corporate tax cuts in the US, companies are reporting their best earnings in many years. Though if you looked closer, the financial companies in the US started reporting better earnings ever since interest rates moved higher and the tech giants are registering fantastic gains as well.

It’s not very different in other countries. Take China, for example. According to the Wall Street Journal, corporate profits in China grew at their fastest pace since 2010, in 2017. The earnings of 152 large and mid-cap companies that make up the MSCI China Index grew at more than 26% in 2017. And once again, the big drivers were tech companies like Ali Baba and Tencent, along with energy, industrial and real estate companies. Of course, these growth rates are still down from 2010, when profits grew 34.3% and when the economy itself was galloping ahead at over 10%.

Mind you, we are talking about a time when the world was in the grip of a severe recession. Many, however, believe that the current slowdown in China and the ongoing trade wars will have an adverse impact on US corporate earnings.

In India, the poor performance of banks and financial companies notwithstanding, India Inc. has been able to register revenue growth of 19.25% in the second quarter of 2018 over the corresponding period in 2017 and net profit growth in the same period of 31.98%. Even if we account for the fact that this growth has come after a low growth period in the previous year – thanks to demonetization and introduction of GST – it is impressive. How long we can sustain it is another matter.

Which brings me to another facet often considered a good barometer of an economy but is in fact a better indicator of the wealth that an economy is able to generate: stock markets.

Stock markets reaching dizzying heights
Fueled by quantitative easing and easy money flooding into capital markets, the levels have breached the previous highs reached in 2007. What does this tell us, if not that we might be back in the days of “irrational exuberance”? The only sobering influence, strangely, might be trade wars that will temper the market’s expectations. We are already witnessing serious corrections in the equity markets rippling their way across the world. On Christmas day, the Nikkei 225 slid by 5% because of a sharp fall in the US markets the previous day. Just another sign of how interconnected the world of business is today.

But corporate interests and government elites are often dependent on each other (as we know too well), so we are likely to see the pull of lower corporate tax rates engage in a tug-of-war with worries over escalating trade wars and rising prices which might crimp demand back home and dampen growth. Both companies and investors are caught in a bind.

The economist, Thomas Piketty, made waves around the world with his shocking revelations about the nature and rise of capital and the inequality of income and wealth in his book, Capital in the Twenty-first Century. He and his research associates have done an astounding amount of work researching past archives of data from the 19th century onward to this day to put forward his findings that the nature of capital has fundamentally changed especially in this century and that both income and wealth inequality are on the rise across the world.

Shocking as it may sound, we don’t have any reliable official data for median incomes in India, and neither do we track unemployment on a regular basis. But according to the CMIE (Centre for Monitoring the Indian Economy) average household income (after tax) in India in the September quarter of 2015 was Rs. 39,786 (not adjusted for inflation) and that works out to a paltry Rs. 13,262 on a monthly basis. The unemployment rate according to them in December 2018 stood at 7.2%, high by any standard.

If we look at poverty levels around the world, we know that they have been generally on the way down for the last 15 years, especially after the UN mandated poverty reduction as part of the Millennium Development Goals. Of the major economies, China, Brazil and India have all pulled the maximum number of people out of poverty and it is due to major interventionist policies from their governments.

According to the World Bank president Jim Yong Kim, the biggest improvement in poverty reduction worldwide from 40% in 1990 to less than 10% in 2013 came from China’s efforts in pulling over 800 million people out of poverty during that period. Of course, the World Bank also warns that China needs to keep a watchful eye on rising inequality.

All this goes to show that poverty reduction, creating more gainful employment, and ensuring decent living standards are not silver bullet solutions, as many politicians are wont to think while promising populist sops to their electorates. Real improvement in economic conditions requires meticulous planning and implementation as well as sustained efforts over several decades. More importantly, they require high rates of economic growth and the benefits of that growth to be distributed fairly. That means looking at progressive taxation (without exemptions for the privileged elites) and long-term fiscal health.

Instead, we are seeing authoritarian leaders openly express their dissatisfaction with central bankers in countries around the world. From Turkey to India and even the US most recently, the independence of central banks is under threat, undermining business confidence.

Also, what is being attempted in the US with the reduction in corporate tax cuts is an apology of a tax reform because it retains many of the exemptions and it helps the top 1% and 10% of the population. And I find it shocking that the government is mulling a reform of entitlements (ostensibly to cut government spending), by paring down programmes that support the poor.

The poor are not small in number in the United States of America. As the world’s largest and richest economy, it still had 12.3% people living below the poverty line in 2017. And even more among the Blacks and the Hispanics, above 21% and 18% respectively. In fact, it is quite amazing that poverty rates in the US haven’t budged much in the last 40 years. They have hovered between 10% and 15% since 1970, but were preceded by the biggest reduction from over 22% in 1960 to around 12% in 1970.

While the rest of the developing and emerging economies are busy reducing poverty, rich industrialised countries in the West are seeing poverty stay at the same levels; in many EU countries they have indeed risen, especially in Eastern and Southern Europe. The poverty rate for all 28 EU countries in 2016 stood at 17.3%.

While formulating policies to create more jobs and reduce inequality and poverty, it doesn’t help that many governments are raising border fences and walls to keep out immigrants and initiating trade wars with countries – including allies – at the same time. It defeats the very purpose, because it lowers business confidence and investment. No new investment, no jobs. It’s that simple.

Back home, while we invited the world’s Davos elite to invest in India, we raised import tariffs on a wide range of goods at the same time. And despite our upward climb in the World Bank Ease of Doing Business rankings, we are not really attracting job-creating investments. In fact, business investments are likely to stay tepid for a few important reasons. First, there was excess capacity in the system for a few years. Second, companies are still trying to implement stalled or delayed projects, according to CMIE, thanks to the disruption caused by demonetization and GST. Third, credit conditions are still tight because many banks are neck-deep in bad loans and are reluctant to lend.

On the rural front, farmers in India are either committing suicide under the burden of excessive debt or poor farm yields and income. They have been marching to India’s capital and financial capital, demanding that their loans be waived. It’s another matter that politicians of every stripe are promising loan waivers, not caring to consider what effect that will have on the state’s fiscal health and consequently, the country’s fiscal health.

Whichever way you look at it, the country’s and the world economy are not in great shape. It is certainly not in the pink of health. And we are also staring at the impending Brexit, which will have a serious adverse impact on Britain’s economy.

India heads to elections in a few months from now. Perhaps our politicians will prefer to heed the words of the irreverent wit, Oscar Wilde, who said “Moderation is a fatal thing. Nothing succeeds like excess”.

Expect them to go for the jugular.

1 thought on “A Decade of Excess, and the Scars are still Visible”

Leave a Reply to G20: A Summit in Need of Statesmanship – Peripatetic Perch Cancel reply