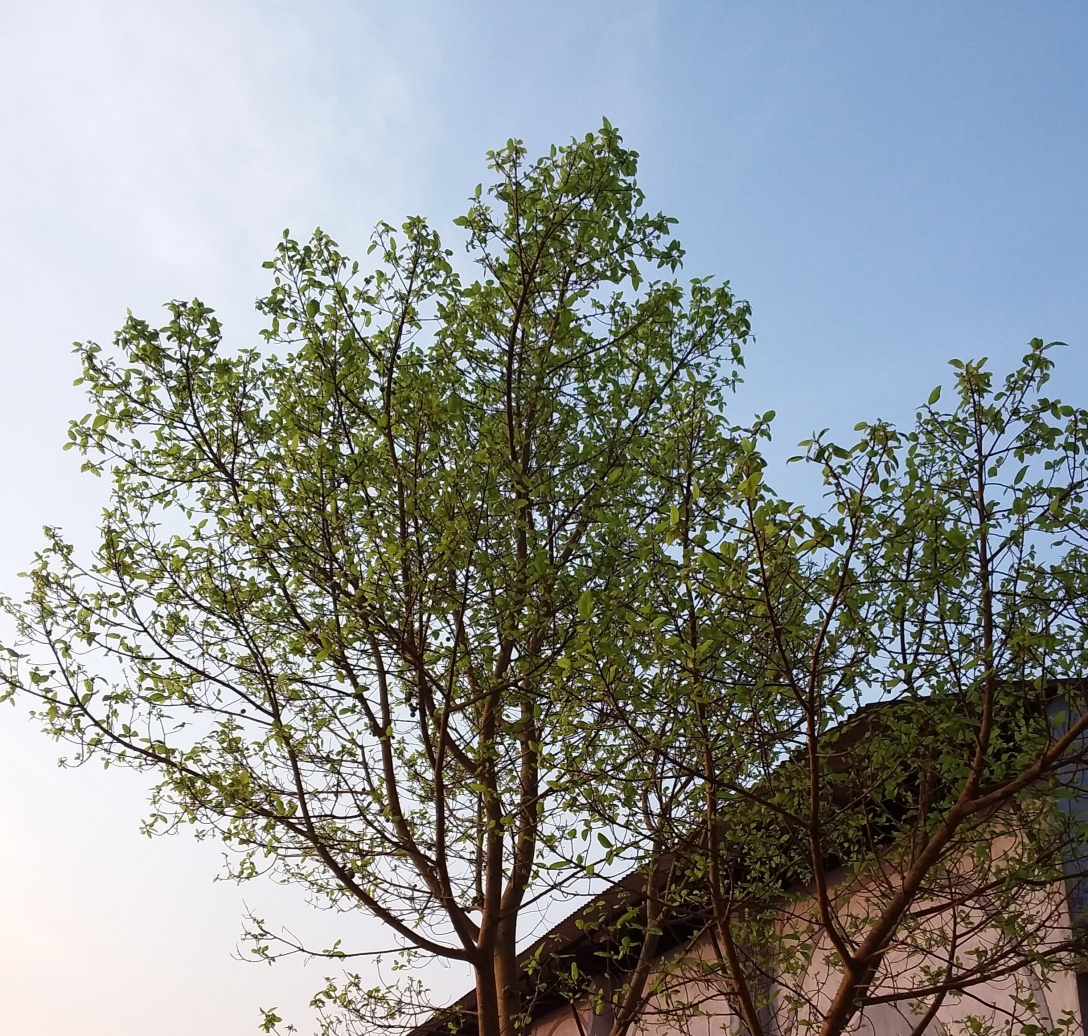 Right now, looking out of the window of our first floor flat, I see what I am told is a fig tree. It has shed all its leaves and is busy sprouting tiny, new, green ones. Strange for this time of the year in Goa, where we have just bid goodbye to the South West monsoons and we don’t really have autumn. Spring is still a long way away.

Economic swings seem to be similar. Depending on where in the world you are, things look very different. If you happen to be in the US, life couldn’t be better, it seems. Especially, if you’re working for one of the tech giants or on Wall Street. There will be some, of course, who will even attribute this robust economic growth of 3.5% in the latest quarter in the US to the generous corporate tax cuts and to the trade tariffs imposed by the Trump administration. Time will tell. But my hunch is that the trade tariffs will hurt America as much as the countries they are intended for. And the tax cuts will benefit the rich and widen inequality even more.

Meanwhile, spare a thought for the folks in some of the poorer countries or even the emerging economies, until recently hailed as the growing economic powers in the world, thanks to Jim O’Neill, formerly of Goldman Sachs, coining the term BRICS. Since then we’ve had the “Next Eleven” as well as the “Fragile Five” which just goes to show that nomenclature apart, the world is in very different stages of economic recovery. It’s quite unlike the downturn of 2008, when the whole world seemed to be going down together.

Since then we have had Russia and Brazil go into another recession, thanks to a fall in demand and prices of commodities, and they are just about emerging from it. South Africa is actually in the midst of another recession as I write this. Of the BRICS, China and India seem to be the only ones standing tall, it appears. Why? Well, it’s because our economies are not dependent on commodities and fluctuations in their prices. It’s also because we have strong and large domestic economies to cater to.

Right now, we are experiencing a different kind of economic recovery in India, even though we never had a recession. The decade between 2004 and 2014 was when India grew at its fastest pace of growth, albeit with attendant problems, like the huge bad loan problem that our public sector banks are still trying to deal with. But that is not what I am referring to. I am talking of a completely self-inflicted, totally unnecessary, economic pain that the current government in its wisdom imposed on the country. Worse, this was done ostensibly to curb black money and corruption just ahead of elections in one of the largest and most important states in India, Uttar Pradesh. On 8th November 2016, all currency notes of Rs. 500 and Rs.1000 denomination, amounting to 86% of the currency in circulation were withdrawn from the system. And, as if that were not enough, an even higher denomination Rs 2000 currency note was introduced, making the claim of fighting black money a complete farce.

But what does the ordinary man or woman understand of that? Overnight, thousands of the poor and semi-literate working semi-skilled jobs, often in the large unorganised sector of the economy were rendered helpless. With little or no access to the banking system, especially in the remote hinterlands of India, they were now being expected to go digital. It was almost Marie Antoinette-ish to expect people to move to digital modes of payment when most don’t even have a bank account.

Just what were our political leaders thinking, if they were thinking at all? Only of the elections in UP, of course. It was a shrewd political move to play on the righteous indignation of ordinary folk, telling tall tales of how the rich would pay for their sins, and also promising them massive farm loan waivers. As an HBR article by Professor Bhaskar Chakravorti pointed out a year after demonetisation, it wasn’t the idea of any economist but a social activist, Anil Bokil that brought the nation almost to its knees. As Raghuram Rajan, the then RBI Governor has also clarified, he tried to dissuade the government against such a move when he was asked for his opinion. In his book, I Do What I Do, he has talked of how he advised the government that there were better ways to fight black money than this and to not go ahead with demonetisation.

Two years after that fateful decision was taken, where are we now? Besides the fact that the unorganised sector, which accounts for 90% of the employment in India is badly damaged and still hurting, hundreds of thousands of jobs have been lost in the small and medium scale industries as well. There is anecdotal evidence of the numbers of people who have enrolled for MNREGA schemes having suddenly surged since demonetisation was announced. Farmers were forced to destroy crops or feed them to their cattle, since there was no money to buy them with. Demand had simply dried up.

When you withdraw 86% of money that is in circulation, especially in a cash-dependent economy like ours, what do you expect? Even if the RBI was printing notes to replace the higher denominations that were withdrawn, it simply wasn’t able to keep pace.

And, of course, we have the sorry tale of 99% of the withdrawn money now back in the banking system, according to RBI reports. So much for fighting black money.

In fact, as the country was still trying to recover from the demonetisation fiasco, you had one of India’s biggest diamond merchants and his cronies flee the country after committing a huge bank fraud worth Rs 13,000 crores ($1.8 billion) in collusion with officials of a large public sector bank.

If we look at the GDP figures, growth was expected to slacken seriously and it did. From 7.9% in the March quarter of 2016, India’s GDP slowed to 6.8% in Jan 2017, further plummeting to 5.6% in the July quarter of 2017. Today as we gloat over the 8.2% GDP growth in the previous (July) quarter of 2018, we must remember that it is a positive base effect that we are still enjoying.

There are other signs of slowdown that GDP numbers alone do not tell. According to the Centre for Monitoring the Indian Economy (CMIE), the number of new projects and completed projects are both down. The silver lining, if any, is that the number of stalled projects is lower and the implementation of stalled projects seems to have accelerated. However, new investment proposals are at a low, not seen in a long time. From a high level of Rs 4.9 trillion in June 2015, the four quarter moving average of new investment announcements is down to Rs 2.4 trillion in 2018.

Of course, we know that this is due to excess capacity still in the system as well as tight credit conditions – the twin balance sheet problem that Arvind Subramanian, then Chief Economic Advisor had alluded to, in the Economic Survey.

On the employment front, it continues to be a dismal picture. In the absence of reliable employment data and with the government relying on EPF sources to bolster its argument that millions of jobs are being created, it is perhaps unfortunate that small scale industries which is where most jobs were lost, is still suffering and is not creating jobs.

On the farming side, we have nothing short of rural distress. Thankfully, we have had good monsoons the past two years. But even that is not enough to alleviate the misery of farmers who are being crushed by low produce prices, bad weather and desertification, as well as rising levels of debt. The government, as indeed most political parties, have a magic wand to deal with this: farm loan waivers, the ultimate panacea. In March and in September this year, thousands of farmers marched to Mumbai and Delhi to register their protest and to present their list of demands. The poor are simply not heard, except when elections come around.

Did I say something about green shoots at the start of this post? If we attribute the high growth, post-demonetisation, to the positive base effect, we will struggle to really find any green shoots. With high crude oil prices, a falling rupee, higher fiscal deficit thanks to loan waivers and higher MSP in a pre-election year, and higher current account deficit thanks to higher imports, we are only staring at headwinds.

Of course, we can pride ourselves on vanity projects like the tallest statue in the world (costing Rs 3,000 crores of taxpayer money) and bullet trains, when the regular ones can barely run safely. Of late, we are also very relieved that the US is allowing us to buy oil from Iran and pay in rupees, but that is going to be a brief respite, as Mythili Bhusurnath wrote recently in the Economic Times. We are literally clutching at straws.

Ah, but we have risen to the 77th position in the World Bank’s Ease of Doing Business rankings, you might say. Sure, but shall we also look at where we stand in the UNDP Human Development Index? 130 out of 189 countries, with China – who we love to compare ourselves with – ahead at 86. Even our tiny southern neighbour, Sri Lanka does better at 76.

In fact, inequality has widened so much in India that the head of the UN Human Development Report Office mentions it as larger than even the average for the South Asia region and the single biggest problem that India needs to overcome. According to World Bank data, the Gini coefficient (an index of income inequality) for India in 2011 was 0.351. I am quite certain it has increased to somewhere in the 0.45 to 0.50 range now.

In the coming elections, all these problems should come home to roost. Our leaders will have to invent a new kind of fig leaf then. Until then, let us bask in the warmth of a higher GDP number. I dread to think what news November 30 will bring.